Taxing carbon at the EU border? Only if free pollution permits go

As part of her “European Green Deal”, incoming EU Commission President Ursula von der Leyen has promised to introduce a carbon border tax to “ensure that European companies can compete on a level playing field”. This is a new wind coming from the executive branch of the European Union and it remains uncertain how von der Leyen plans to turn the idea of a carbon border tax into practice. 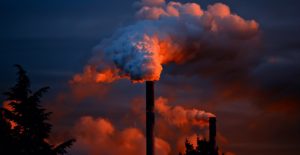 The idea itself is not new and surfaces in the industrial debate every once in a while, often spearheaded by the French government. The possibility of introducing carbon border taxes as a way to help prevent so-called carbon leakage was also included in the non-binding section of the latest EU carbon market revision.

If a carbon border tax is finally to become real and if it is to benefit the climate as opposed to just protecting polluting industry interests, at least the following conditions must be met.

There is no evidence to date that the EU Emissions Trading System (EU ETS) would negatively impact the global competitiveness of energy-intensive industries like steel, cement and chemicals. Nor has 15 years of emissions trading led to companies moving production to other parts of the world (“carbon leakage”).

On the contrary, the heavy industry made over €25 billion from the EU ETS between 2008-2015 alone as a result of overgenerous pollution subsidies that are in place to prevent the supposed carbon leakage. While the latest EU ETS revision tightened the rules of free allocation to some extent, over 90% of the heavy industry pollution will continue to go un-priced after 2020. Around 6.3 billion allowances, worth as much as €160 billion, are expected to be allocated for free to companies between 2021 and 2030.

With these huge exemptions from the carbon price signal, it comes as no surprise that industrial pollution is not going down in Europe and is not expected to do so until 2030 (EEA 2018).

At the same time, industrial decarbonisation deserves proper planning and government support. Clean industrial transformation in sectors like steel, cement and chemicals is possible and necessary and will help maintain the European industry’s long-term global competitiveness. A key objective is to ensure that all new major investments in industrial installations will be compatible with the Paris agreement climate goals. The EU and national governments have a crucial role to play in increasing funding for industrial innovation, developing emission performance standards for energy-intensive materials and creating markets for zero-carbon solutions through public procurement.

All this can be implemented while ensuring a level playing field between companies producing in the EU and internationally. But free allocation is a distraction that gives a free pass to large polluters and will not lead to improved climate action.

Border tax measures would need to be designed in a way that doesn’t appear protectionist or punitive. Otherwise, Europe risks alienating international partners at a time when it needs to lead global efforts to stop the climate crisis.

A crucial challenge will be for the EU to present a workable solution which would at the same time live up to the WTO principle of non-discrimination of countries and the UN Framework Convention on Climate Change (UNFCCC) requirement to respect common but differentiated responsibilities between states.

Regardless of the legal preconditions, the environmental goal should be to drive clean industrial transition both in third countries and in the EU, thereby strengthening climate action globally. To achieve this, border measures should be designed as temporary and complementary to – not substitutes of – effective and ambitious global climate policies.

If Europe wishes cleaner imported goods it also cannot afford to increase the carbon footprint of its exports. European exports should therefore not receive any rebates under a possible border tax measure. The border tax should apply to imports only and be designed to discourage the use of products which are dirtier than comparable EU production. How to achieve this in practice will have to be assessed further since the EU Commission has limited regulatory oversight and lacks consistent data on the carbon intensity of industrial installations outside Europe.

Finally, the EU should prioritise enforceable environmental sustainability chapters in its trade agreements with third countries and be willing to partially or fully suspend an agreement if the other party doesn’t adhere to its environmental commitments. This way, the EU could pursue trade agreements which drive global climate ambition rather than measures which risk being seen as “climate protectionism”.

The next few months should bring more clarity on the topic of carbon border taxes in Europe. What we know today is that the negative competitiveness impacts of climate policies are vastly overstated and that we have no time to lose when it comes to putting in place the right policy and financial mix to drive industrial decarbonisation in Europe and beyond.