While the EU carbon market is helping to clean up Europe’s power sector, industrial CO2 pollution remained stubbornly high, and that from aviation kept growing in 2019. This is partly due to overly generous handouts of pollution permits. These subsidies must be phased out to incentivise cleaner production and more sustainable transport as the scheme…

New EU state aid guidelines for compensating industry for higher electricity costs under the EU carbon market reduce the number of eligible sectors and limit aid to those investing in energy efficiency. However, if this so far inefficient and expensive scheme is to continue, further significant improvements are needed to ensure that it helps Europe…

Taxing carbon at the EU border? Only if free pollution permits go

First published on Carbon Pulse October 17, 2019 As part of her “European Green Deal”, incoming EU Commission President Ursula von der Leyen has promised to introduce a carbon border tax to “ensure that European companies can compete on a level playing field”. This is a new wind coming from the executive branch of the European Union…

A strong and clear political climate commitment leading to the right policies and measures will help Europe’s industry thrive in a zero-carbon world. Last week, a veto by the Polish, Czech, Estonian and Hungarian governments led to the failure of the long-awaited endorsement of the EU’s long-term climate strategy and commitment to climate neutrality by…

Executive summary With total greenhouse gas emissions of 708 million tonnes per year, the resource and energy-intensive industry is the third-largest climate polluter in Europe. The cement, chemical, and steel sectors alone are responsible for almost 60% of these emissions. Industrial emissions are regulated under the EU Emission Trading System (ETS), but the numerous exemptions… 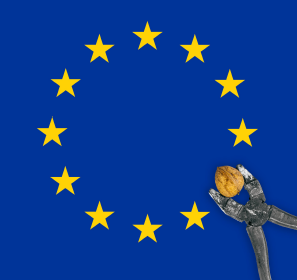 Waste gases from steel worse for the climate than coal

The IPCC, the leading body of climate scientists, released a report this week showing that without unprecedented and rapid action, it will not be possible to avoid dangerous climate change. A major share of the efforts to keep global warming to 1.5°C will need to come from industry, which is the end-use sector responsible for…