Unfortunately for Thoreau, humans did conquer the skies, and aviation is now a significant contributor to climate change, contributing more CO2 to the atmosphere in 2014 than the combined emissions of the 129 lowest emitting countries[i]. Or just slightly less than oil giant Saudi Arabia.

In an eventual response, in 2013, the UN’s International Civil Aviation Organization (ICAO) agreed to develop a CO2 standard in order to promote technological improvements, to explore the potential of biofuels and to develop a global market based measure (GMBM) starting in 2021 to offsets emissions that were above 2020 levels, but could not be reduced through the other two policy approaches. The majority of reductions will be made through the GMBM, offsetting aviation pollution through projects in other sectors.

2016 is the year that decisions on each of these are supposed to be made. ICAO has a number of committees, technical and political, that will be involved in the process until the Assembly makes its final decisions in October.

Carbon Market Watch has hope that discussions will lead to a cap on aviation emissions and the creation of a robust GMBM, which produces real emissions reductions. This is achieved by only allowing projects that reduce emissions that are additional to the status quo, permanent, 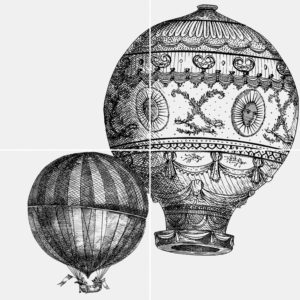 verifiable, and completely and accurately quantified and monitored. Offsetting can only work if the projects (not just the programs of which they are a part) meet environmental criteria, ban harmful activities such as HFC-23 projects already banned in Europe and count reductions only one time.

Unfortunately, not much information is shared from ICAO’s technical and political meetings, making it difficult to ensure the discussion on quality criteria takes into account the rules necessary for an effective offsetting mechanism. If ICAO wants motivation to reach a strong decision, they can look to the many emissions trading systems (ETS) covering or planning to cover aviation emissions, including the EU, China and South Korea.

At the EU level, only domestic aviation is covered in the EU ETS. The EU temporarily exempted flights to non-EU destinations from the EU ETS until the end of 2016 waiting for ICAO to make a decision on international emissions – a measure called “stop the clock”. This means the EU will review its treatment of aviation emissions after the ICAO Assembly in October, which leaves little time to prepare an adequate response.

Fortunately, a few things can help prepare Europe’s response. The GMBM will not start until 2021, meaning the EU needs to continue covering emissions, including those to non-EU destinations, from 2017-2020. Additionally, ICAO’s goal is aspirational, meaning non-binding, so if Europe wants to stay on a 1.5 degree pathway the best way to maintain ambition is to keep aviation within the scope of the EU ETS, ideally with maximum amount of flights covered.

2016 will be a big year for aviation emissions. ICAO has much more to do to align its emissions reductions to the goal of limiting global temperature increases to below 1.5ºC, as the world’s governments agreed to do in the Paris climate Agreement, and Europe must be prepared with its response.

by Kat Watts and Kelsey Perlman