CONTRIBUTION OF THE GLOBAL AVIATION SECTOR TO ACHIEVING PARIS AGREEMENT CLIMATE OBJECTIVES EXECUTIVE SUMMARY The aviation sector is a top-ten global emitter whose emissions are expected to rise dramatically by mid-century. Under current scenarios, the aviation sector could emit 56 GtCO2 over the period 2016-2050, or one-quarter of the remaining carbon budget. It is critical…

Editorial Earlier this month, six EU countries discussed the possibility of introducing a minimum price on pollution. A carbon floor price in Northern and Western Europe could accelerate the shift away from coal and create a tipping point for the phase-out of fossil fuels in other sectors and jurisdictions. An initiative by the Dutch environmental organisation WISE aims to…

The future aviation offsetting scheme will end up having little impact on the sector’s soaring emissions unless restrictions are applied on what kind of offset credits airlines can purchase, a new study has found. The study, commissioned by the German government, looked at the scenario where all offset credits from the UN’s Clean Development Mechanism…

Executive summary A new offsetting scheme called the Carbon Offsetting and Reduction Scheme for International Aviation (CORSIA) was established by the International Civil Aviation Organisation (ICAO) in 2016 to compensate for the industry’s emissions growth above 2020 levels. Although this measure will address less than a third of the sectors’ total expected emissions in 2030,… 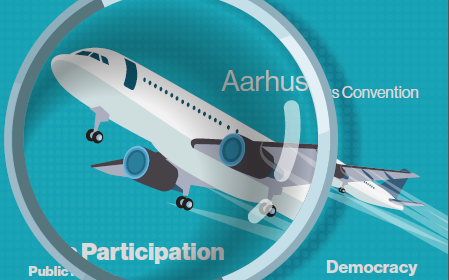 Too big to fail? Environmental responsibilities of the UNFCCC and ICAO processes for aviation’s new carbon market

Last year, states created an offsetting scheme to compensate for aviation’s pollution growth above 2020 levels. The Carbon Offsetting and Reduction Scheme for International Aviation (CORSIA) is supposed to contribute to the temperature goals of the Paris Agreement. However, compensating for growing emissions does not reduce emissions overall, nor put the sector on a pathway to do so. ICAO will finalize details for the CORSIA by the end of 2017. Crucial elements include the type of credits allowed, registry design, and Monitoring, Reporting and Verification (MRV) rules.

Time and venue Wed, 10 May 16:45 – 18:15 Bonn Climate Change Conference, Kaminzimmer 113 The International Civil Aviation Organisation (ICAO) has created an offsetting measure for the aviation sector which aims to compensate for emissions growth above 2020 levels. Though international aviation emissions fall under the Paris Agreement, to date they are not included in any…

Letter to the Austrian government on airport expansion

Dear Government of Austria, Government of Lower Austria and City of Vienna, The international climate community applauds the recent decision by the Federal administrative court in Vienna to block the expansion of Vienna airport as incompatible with Austria’s climate obligations. Aviation remains the most carbon intensive mode of transport, currently responsible for 2.6% of Austria’s…

The European Parliament’s environment committee has nominated Julie Girling from conservative group ECR to lead talks on aviation’s role in the EU’s Emissions Trading System. Discussing the European Commission’s most recent proposal to continue the exclusion of international flights from the EU ETS, Ms Girling urged colleagues not to let Europe slip back on gains already made to curb the sector’s growing climate impact.