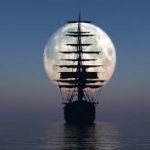 According to a European Environment Agency (EEA) report published this week the oversupply of carbon permits in the EU Emissions Trading System (EU ETS) remains ‘substantial’. At a time when lawmakers are discussing how to get Europe’s flagship climate policy back on track, this report comes as an urgent warning to those trying to save the EU’s failing carbon market.

Based on the latest data available from the European Commission and Member States, the picture drawn by the EEA’s annual report on the EU ETS is sobering: the system remains flooded by surplus emission allowances for the foreseeable future.

Published only days after the European Parliament’s industry committee (ITRE) missed its opportunity to bring the flagship of EU climate policy back on course and in line with the Paris Agreement, the report is a due reminder that the system is indeed in dire need of fixing.

A system overflowing with surplus allowances

According to the findings, while the massive surplus of carbon permits in the system did start declining in 2015 (0.7% in comparison to 2014), emission reductions are expected to slow down significantly after 2015.  According to the projections reported by EU member states in 2015, the projected average annual decrease between 2015 and 2030 is about twice as less than the average annual decrease that was actually achieved between 2005 and 2014. Moreover, 13 member states are projected to increase their ETS emissions up to 2030[1].

In light of the ETS’ failings, some member states have put forward proposals to strengthen carbon prices and spur the climate friendly transition. Sweden presented new proposals to EU environment ministers this week which aim at removing some of the surplus allowances from the system. France, too, has announced plans for a carbon price corridor and a steeper decarbonisation pathway.

The overgenerous hand-out of pollution subsidies for industry

In the past years, power plants have delivered most of the EU’s emissions reductions. In contrast, emissions from refineries, chemical plants and the non-metallic minerals sector, as well as the aviation sector, have increased over the same period. According to the EEA, if the rules are not changed substantially, industry’s emission cuts will stall over the next 15 years until 2030.That would mean that the only European instrument to decarbonise Europe’s industry base is failing its job.

Due to the over-generous hand-out of free allowances, the low carbon price and the lack of support for industry innovation, heavy industry has so far not seen any incentive to invest in low-carbon technologies.

In the 2008-2014 period, industry made €24 billion in pollution profits from the EU ETS. Heavy industry is calling for even more free pollution permits worth about €160 billion for the period after 2020. Billions of euros are thus at stake that can either be invested in low-carbon innovation or used to subsidize pollution.

Policymakers now have to decide how many pollution permits industry should get for free after 2020, and how many are auctioned so the revenues can be invested in the low carbon transition.

Putting an end to coal and fossil fuel subsidies

The EEA report furthermore suggests that the derogation under which certain low-income member states can give free carbon permits to their electricity sector (the so-called Article 10c) fails to deliver its goal of helping these countries in their low-carbon energy transition. Instead of modernising their electricity sector towards clean, low-carbon energy sources, a large part of investments are in fact used to support existing fossil fuel capacities.

The system thus needs to be made more accountable and transparent to correct this, and investments need to be channelled to only clean, and low-carbon energy sources so that the modernisation is in line with the purpose of the instrument.

If anything, the latest EEA report is a wake-up call to those who still pretend that a half-hearted reform could fix the broken market. The ball is now in the court of the European Parliament and the Council who will decide on the future of the EU ETS in December. This is an important chance to finally make a difference and bring Europe’s climate policy flagship back on track.