Home » News & Press » Not everything flies in the COP21 climate treaty: Implications of Paris Treaty on international aviation emissions

Not everything flies in the COP21 climate treaty: Implications of Paris Treaty on international aviation emissions 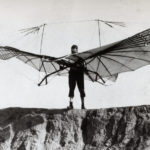 Despite spirited support by numerous countries including the EU, Switzerland, Mexico and South Korea, as well as industry, the new Paris climate agreement does not give a new mandate for deeper reductions to the international aviation and shipping. This keeps the International Civil Aviation Organisation (ICAO) and International Maritime Organisation (IMO) in charge to address emission reductions in both sectors in 2016.

ICAO is currently developing a market to offset future emissions that are above the levels seen in 2020 (the ‘carbon neutral growth’ target), but this target is in no way compatible with limiting temperature increases to 2ºC. Even the industry’s aspirational goal of halving emissions by 50% by 2050 simply does not get us there. Earlier in 2015, IMO refused to even start to think about a target for the sector.

However, the absence of an explicit reference to international aviation and shipping should in no way be read that these sectors have been given a green light to pollute. In fact quite the reverse is true. The UNFCCC continues to request action: the framework Convention itself requires all Parties to:

“Promote and cooperate in the development, application and diffusion, including transfer, of technologies, practices and processes that control, reduce or prevent anthropogenic emissions of greenhouse gases…all relevant sectors, including the … transport…sectors”

The Kyoto Protocol’s mandate for Annex I countries “to pursue limitation or reduction of emissions of greenhouse gases not controlled by the Montreal Protocol from aviation and marine bunker fuels”, also stands, but as it is limited to developed countries, is not ideal.  What Paris gave us in addition was to assert the need “to pursue efforts to limit the temperature increase to 1.5ºC above per-industrial levels”. This will require radical emissions reductions globally: current projections find we’re on target for 55GtCO2e, but to reach 2ºC, the Paris Agreement notes that we need to be emitting no more than 40GtCO2e in 2030. The 1.5ºC limit will require even tighter global carbon budgets, and all sectors will need to be reducing their emissions.

The Paris Agreement will require a radical rethink in the level of action required. In the near term, there will need to be a much faster turnover of airplanes, so that older, less efficient models are scrapped and new technologies and can contribute. Behavior changes will be needed: until and unless there are technologies in place that are 1.5ºC-compatible, demand side management will be an essential part of aviation’s contribution to the global climate effort.