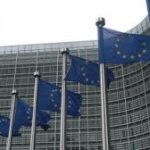 Just when everyone started leaving for their summer holidays, the Commission published a legislative proposal to revise Europe’s carbon market to make it fit for the post-2020 period. The proposal was heavily criticized for failing to tackle the fundamental flaws of the EU ETS and increasing pollution subsidies to €160 billion to the EU’s biggest carbon polluters. However, there is still a chance for the European Parliament and Member States to turn the EU ETS into an effective tool to tackle climate change.

The problem with handing out pollution permits for free

While the aim of the EU’s Emissions Trading System (EU ETS) is to make the polluter pay, the proposal keeps the current trend of paying the polluter by handing out permits for free to industry for the hypothetical risk that putting a price on carbon in Europe will drive manufacturing abroad. To address the phenomenon called “carbon leakage”, it is proposed to give industries more than six billion pollution permits for free in the 2021-2030 period, even though no evidence for carbon leakage has ever been detected.

The more countries take action against climate change, the less there is a need for the EU to give free pollution permits to heavy industry. Jurisdictions with carbon markets now account for 40% of the global economy and this percentage is expected to increase after a global climate agreement is signed in Paris in December. As the case for carbon leakage diminishes, the EU should also start phasing out the free allocation of pollution permits to industry, which can result in an additional public funds to the sum €160 billion.

Why we need to get rid of surplus allowances

The EU ETS revision also fails to turn the EU’s carbon market into an effective climate change instrument, because it does not tackle the inadequacy of EU’s 2020 and 2030 climate ambition. EU’s 2020 target has been achieved already eight years in advance, and the EU runs the risk of halting the efforts to reduce emissions between now and 2020.

This is especially problematic for the EU ETS, since the weak 2020 ambition has led to the accumulation of large surpluses of pollution permits that can be banked forward to dilute efforts in the 2030 package. Worse, the ETS proposal makes available an additional 400 million pollution permits for new and growing industrial companies in the 2021-2030 period. This almost wipes out the climate benefits of the ETS revision which will reduce the total supply of pollution permits by 556 million.

As the proposal is now in the hands of members of the European Parliament and the Council, it will be up to them to inject ambition in the EU ETS revision by removing pollution permits from the market and increasing the linear reduction factor by which the cap on the total number of allowances is reduced each year.  Moreover, EU’s heavy industry should not remain shielded from the polluter-pays-principle and start paying for their carbon pollution just as the rest of us.