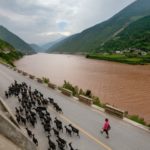 This week, the European Commission released new data on the number and origin of carbon offsets used in 2014 by companies in the EU’s carbon market. Despite new eligibility criteria to incentivize investments in poor countries, the majority of offsets come from China, Ukraine and Russia. Moreover, lack of transparency gives a carte blanche to companies to choose projects with negative environmental and social impacts. As policies for large scale mitigation investments are currently being designed, these findings can provide valuable lessons.

From 1 January 2013 a new geographic restriction for carbon offsets in the EU ETS took effect that should incentivize investments into emission reduction activities in Least Developed Countries. However, this restriction is not foolproof because it does not exclude projects from richer countries if they were registered before 2013. The graph (below) shows that the vast majority of more than 7.000 registered CDM projects started registration before 2013 and can generate eligible offset credits. 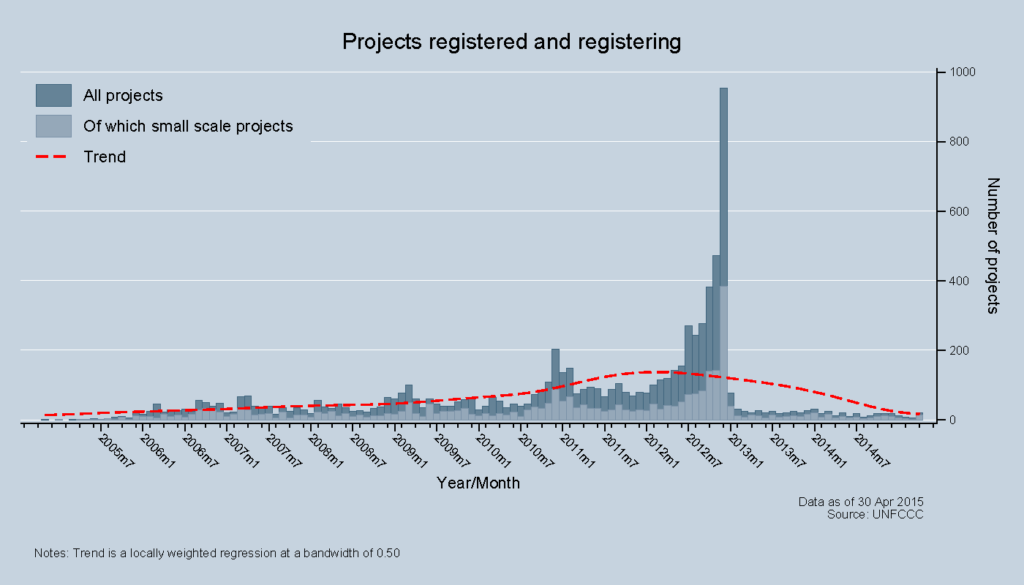 Although the use of international offsets almost doubled to 255 million credits, up from 133 million last year, only 0.07% of offsets used in 2013 and 2014 came from Least Developed Countries, including from Uganda, Rwanda and Bangladesh. About 85% of offsets came from just three countries: China, Ukraine and Russia. With a current potential supply by 2020 of almost 8 billion CDM carbon offsets largely from projects in emerging economies and a similar large supply from JI offset projects largely in Ukraine and Russia, incentives for investments in Least Developed Countries via the CDM is likely to remain insignificant.

Just like last year, the aggregate offset data released by the European Commission falls short on information at the installation level which makes it impossible to see which company bought what. This is unnecessarily limiting transparency at the installation level and does not provide incentives for companies to choose projects with high sustainability impacts that may have higher prices than less popular project types, such as mega dams.

For example, the largest number of CDM offset credits were generated from the Gongguoqiao hydro power dam in China, Yunnan Province, with a total installed capacity of 900MW. According to the organization International Rivers, there are grave concerns about whether the project is generating real (additional) emission reductions and whether the project complies with the World Commission on Dams criteria – a prerequisite for eligibility of offsets from large hydropower dams in the EU.

Although the EU’s future climate target does not involve the use of international offset credits, the data shows that strong quality criteria are still needed for companies to take the right investment choices for climate mitigation projects. The upcoming UNFCCC negotiations in June 2015 that will include discussions to reform the CDM will provide an opportunity to build on these experiences and exclude project types that have a high likelihood for negative environmental and social impacts. Lessons from the CDM are equally valid for investment choices of other climate mitigation mechanisms, such as NAMAs and other mitigation activities funded through the Green Climate Fund in the future.

Photo: New dams and their reservoirs have transformed the Lancang River—the upper Mekong—flooding riverside towns, farms, and roads. Along a reservoir created by the Gongguoqiao dam, goats are herded to pasture on a new elevated highway.Credit: National Geographic, David Guttenfelder