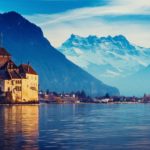 Last week, Switzerland was the first country to officially submit its climate commitment ahead of the international climate agreement to be finalized in Paris at the end of this year. Switzerland announced a 50% emission reduction target by 2030, of which at least 30% must be achieved in Switzerland itself. The remaining up to 20% should be attained through purchasing carbon credits with “high environmental standards” applying a negative list and excluding projects that violate human rights but no criteria are proposed to assess the environmental integrity of ETS allowances.

The Swiss civil society has heavily criticised the target for not being strong enough and ignoring the potential to undertake additional climate action at home. The new climate target would even weakening the current ambition level which according to Swiss climate alliance, will half the current annual reduction requirements from 2% to 1%.

While the Swiss international commitment relies heavily on the use of carbon credits, it sets the quality criteria of its current national legislation as the basis for the environmental standards it is looking for. Current quality requirements for eligible carbon offsets in Switzerland only allow offsets from programmes attested by the United Nations Framework Convention on Climate Change (UNFCCC) and exclude several projects via a negative list, such as biological or geological CCS, large scale hydropower and projects not located in a least developed country. It also excludes carbon credits that were achieved in violation of human rights, under conditions that had significant negative social or ecological effects or would contravene Swiss foreign and development policy.

However, despite the Swiss unilateral quality criteria, the current Clean Development Mechanism (CDM) offset credits are plagued by concerns over their environmental integrity. For example, up to 70% of all offset credits issued from the UN’s clean development mechanism between 2013 and 2020 may not represent real emission reductions. The willingness highlighted in Swiss INDCs’ to engage in the revision of the current CDM rules should also be an incentive for Switzerland to push for better quality criteria internationally.

The overreliance on emission reductions achieved abroad, rather than at home, could also complicate the ongoing negotiations with the EU on linking the EU’s emissions trading system (ETS) and the Swiss carbon market. At the European summit in October 2014, EU leaders agreed that Europe will domestically reduce its emissions by at least 40% by 2030. This is not only more ambitious in terms of domestic climate action than the Swiss 2030 target, but it also excludes the use of international market mechanisms like international carbon offsets.

The domestic nature of the EU’s 2030 climate target has implications for its plans to link the EU ETS. Given that linking implies that foreign carbon credits would enter the EU’s carbon market, linking would only be possible if the EU’s 2030 climate target is increased simultaneously. In addition, the EU ETS can only be linked to carbon markets with the same or higher ambition level, and which do not allow for international offsets. Otherwise, the linkage means that these international offsets indirectly become available for use under the EU ETS.

Regarding accounting, the Swiss INDCs are relatively transparent about how emission reductions that are transferred internationally will be added or subtracted when tracking achievement. However, the Swiss INDC does not mention how it intends to assess the quality of allowances from other emissions trading schemes, such as from the highly over-supplied EU ETS. The ongoing linking negotiations between Switzerland and the EU need to clarify these points ahead of any final agreement.

On the positive side, the Swiss INDC provides relatively detailed information and includes an overview about the Swiss greenhouse gas emissions by sectors, per capita and per GDP.  More clarity on the EU’s vision on the role of carbon markets in the EU’s INDC will be announced on Friday, 6 March when the EU’s INDC is expected to be officially presented.