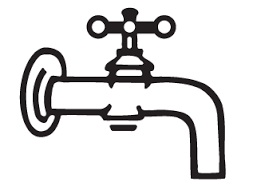 Carbon leakage is the situation in which, as a result of stringent climate policies, companies move their production abroad to countries with less ambitious climate measures, which can lead to a rise in global greenhouse gas emissions.

In Europe, the EU Emission Trading System (EU ETS) covers the greenhouse gas emissions from the industry and power sector. After each year, companies participating in the system must surrender enough allowances to cover all of their emissions. For the 3rd trading phase from 2013 to 2020 companies are supposed to purchase their emissions allowances under the EU ETS through auctioning as the default allocation method. However, the production from European industrial sectors that is deemed to be exposed to a significant risk of carbon leakage is getting protection by receiving their allowances to emit CO2 for free.

Since the year 2013, all power generators buy their CO2 allowances at auction. However, manufacturing industries that have been deemed at risk of carbon leakage receive their emission allocation (the so-called benchmark) for free. The total allocation of free allowances to industry is capped to a certain limit. Currently, 164 sectors, representing more than 95% of industrial emissions, are deemed to be at risk of carbon leakage and receive free pollution permits.

The criteria for assessing sectors’ risk of carbon leakage are the share of their potential carbon costs in their total production costs and/or their trade intensity with third countries. These criteria use certain parameters specified in the ETS directive. It is for example assumed that the price to emit one ton of CO2 is 30 euros in Europe. This is questionable since the price has been much lower (currently around 5 euros) for years. The current parameters also ignore comparable efforts undertaken by other global actors. A recent study ordered by the European Commission found that during 2005-2012 there were no occurrences of carbon leakage[i].

Under the EU ETS, industrial sectors have received more free pollution permits than the amount of CO2 they emitted. During 2008-2011, the steel sector was able to build up a surplus of more than 300 million CO2 excess allowances, while the cement sector received 200 million allowances more than needed[ii]. Steel company ArcelorMittal alone received 123 million free surplus allowances during this period with an estimated value of 1.6 billion euros (and a reported revenue of 250 million euros) [iii].

Windfall profits occur when companies pass through the opportunity cost of the CO2 permits to their consumers while receiving these permits for free themselves. During 2005-2008, carbon –intensive industries gained windfall profits in the order of 14 billion euros[iv], which implies a substantial transfer of money from taxpayers to industry.

As a result of the overgenerous allocation of free allowances and the low carbon price, European companies do not receive any price signal to produce more efficiently or invest in innovative technologies that reduce CO2. A wide range of technological options to reduce emissions in these carbon-intensive sectors remains therefore unexploited. The European industry is therefore at risk of falling behind in deploying low-carbon technologies compared to their competitors abroad. Currently the most efficient cement production occurs in Asia, particularly in India and China. In the steel sector, the European installations often perform worse than the global average.[v]

Some observers have warned of the risk of “green job leakage” i.e. clean tech firms moving overseas because Europe fails to set out ambitious climate change policies that would increase the demand for their low-carbon products and solutions.