REMOVING FAVOURITISM AND DISCRIMINATION FROM THE EU’S CARBON MARKET

The EU is currently finalizing the implementation of its 2030 climate framework. This work includes a revision of the EU’s Emissions Trading System (EU ETS), the EU’s flagship climate instrument. The European Parliament (EP) and the Council adopted their positions on the EU ETS revision earlier this year and are currently holding talks to reach an agreement on how to design the system for the 2021-2030 period.

A key issue yet to be resolved is the amount of free allowances the different industrial sectors will receive in the next trading period. Responding to the Parliament’s concessions to award the lion’s share of the overall available free pollution permits to the steel industry, a ‘fair EU ETS’ alliance was established by the other industrial sectors that fear discrimination under the EU ETS. Other outstanding issues still negotiated by the Parliament and the Council are the size of the Innovation Fund, the introduction of a Just Transition Fund and the level of overcompensation to steel for energy production from its waste gases.

While the EU ETS must avoid unjust discrimination between the various sectors covered, the principle of fairness needs to be factored in from a much broader societal perspective, including the climate, citizens, workers and local communities, and innovators. From this perspective, the following recommendations aim to turn the EU ETS into an instrument that removes favouritism and discrimination from the EU’s carbon market: 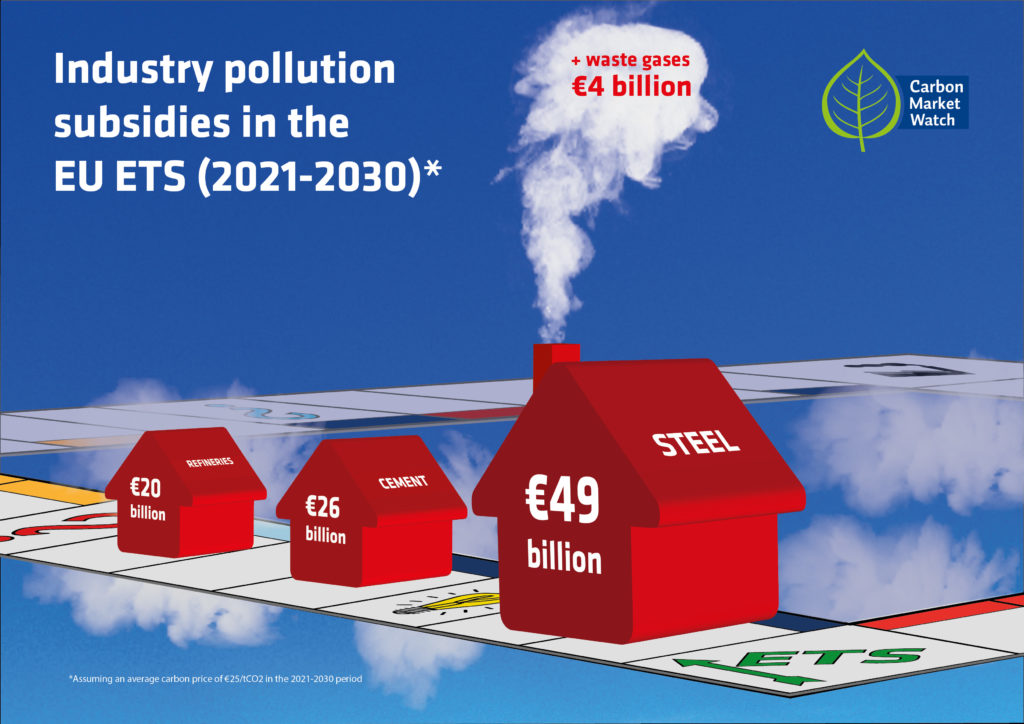