Raising ambition is the primordial task for governments ahead of and at the next UN climate conference. But it will also be essential to finally agree on the rules that will govern global carbon markets under the Paris Agreement. 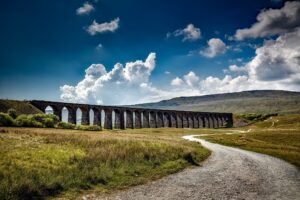 Expectations for the next UN climate conference COP26 are rising and the UK government seems to finally be tackling the preparations and the pre-summit diplomacy in earnest. The deferral of COP 26 by one year due to the Corona pandemic ran counter to the urgency of obtaining more climate ambition from the parties to the talks and reaching agreement on some remaining Paris Agreement implementation rules and other crucial matters such as ‘loss and damage’.

The objective of the Paris Agreement is fixed: keeping a global temperature rise this century well below 2 degrees Celsius above pre-industrial levels. However, still at stake is that the 197 parties to the UN climate body UNFCCC commit to more ambitious short-term targets and come up with strengthened national pledges (“nationally determined contributions”, NDCs).

Some of the new pledges will probably only come shortly ahead of COP26 in November. Even the cases where new NDCs have already been submitted provide cause for concern: The EU’s -55% by 2030 target is short of the -65% that would correspond to Europe’s fair share of global climate action. It is also a net target, which means that it is not just a pledge about emissions reductions, but it includes carbon removals. The UK is trying to look good after Brexit with its pledge of -68% by 2030, including a pledge to end overseas fossil fuel financing asap. But at the same time, the UK government has effectively endorsed the construction of Britain’s first new coal mine in 30 years, which flies in the face of its pledge.

The flurry of announcements of long-term targets that we saw in the latter part of 2020 is not yet what is required for COP26. One of the most important ones is that China announced that it would become carbon neutral by 2060. Japan and South Korea have made similar pledges for 2050. These announcements were headline-grabbing, but details on policies to reach them have not yet been set out, and hence their concrete climate benefits remain to be seen.

All in all, there is some momentum, but it is also easy to take a bleak view: According to Climate Tracker, “recent net-zero goals could hold the global temperature rise to 2.1°C by 2100” … “but actual policies put earth on track for more like 2.9°C of warming.” The UNEP gap report also shows that we are getting better but still very far from a 1.5 compatible trajectory. And while there is a lot of talk, at least in Europe, of “green Covid recovery”, globally, too many Covid recovery packages are brown and still promote the use of fossil fuels. So, targets are still deficient and there is a big gap between targets and implementation. The road to COP26 has not only lengthened; it remains very stony too.

Filling the last gap of the Paris rulebook: implementation of Article 6 on international carbon markets

Towards the end of 2020, the COP 26 team under UK leadership had around 80 online Climate Dialogues to encourage countries to move the UNFCCC negotiations ahead, including Article 6. Their virtual format, however, did not easily create the comfort to tackle negotiating text. Yet COP26 President, Alok Sharma, has reiterated the “UK’s objective of resolving long-standing divisions around Paris’ markets-governing Article 6 and agreeing a post-2020 rulebook for international emissions trading.” The COP 26 team also wants to “make the net-zero debate societal” including by calling on company contributions.

What’s so tricky in agreeing on the implementation of Article 6, already twice failed at the COPs in Katowice and Madrid? And what influences are being brought to bear on the negotiations?

Let’s remember that in theory carbon markets allow rich countries to meet their climate targets at a lower cost, by paying for reductions outside of their territory. An example of a similar mechanism under the Paris Agreement’s precursor, the Kyoto Protocol, was the Clean Development Mechanism. This entailed industrialised countries buying international credits from developing countries. The Paris Agreement maintains this principle, but it is complicated by the fact that in this new era, all states have emission reduction targets. This means firstly, that developing countries will likely have fewer credits to sell and secondly, that they should not be deprived of the cheaper emission reductions which they will need themselves.  They should instead get money for more expensive reductions from international buyers, both public and private. So the system features inherent contradictions.

Leaving these finer points about the prospects for trade in international credits aside, there is a  fundamental division between countries on how they view the purpose of Article 6.  For some, the concern rightly is that the trading in international offset credits must lead to an overall global emissions reduction, while others are preoccupied with hanging on to supposed assets and misconceived grievances from the past, and want to reach their climate targets with accounting tricks.

One key issue is the use of excessively old emission reduction credits to meet new targets. Instead of truly reducing emissions, some countries want to be allowed to sell reductions from a decade ago, to allow others to meet their Paris pledges. This is the so-called “CDM transition” question: can the old CDM credits still be used under the Paris Agreement?

Brazil and India, in particular, want to hang on to the possibility of trading in emission reduction credits from the past, most of which are of dubious quality. The bottom line though is that paying to acquire these credits makes no difference to emissions. For one, the reductions happened years ago, and, perhaps more importantly, the projects will continue reducing emissions regardless, meaning they are not dependent on the revenues from carbon credits to continue reducing emissions. Many of these projects did not even need the revenues when they first started. The interest here appears to be financial – in the sense of not losing financial assets – but deeper down there are also past political grudges.

The problem definitely lies beyond a merely technical negotiating solution and needs some good diplomatic efforts. A good nudge back towards the political negotiating table was the recent decision by the CDM board that, in the absence of an agreement by countries, CDM credits can no longer be created for emission reductions starting this year.

Another thorny issue is the double-counting of emission reductions. As countries exchange reductions, there is a risk that a single tonne of CO2 reduced will be counted by multiple entities, at which point any reporting and target setting becomes meaningless. We need to keep in mind that the objective is to reduce emissions, not to meet targets on paper to demonstrate fake political leadership. There should be – hopefully will be – no Article 6 deal without clear rules that prevent double-counting. The San José principles, supported by the EU, some Latin American countries and Small Nation and Island States are a good stake in the ground in this respect.

The interface between ‘compliance’ and ‘voluntary’ markets

More and more companies, in particular consumer-facing ones, feel pressure to demonstrate some level of climate commitment and purchase carbon credits as part of their strategies. The increasing popularity of such voluntary offsetting makes it more difficult to distinguish between real climate action and plain advertising gimmicks. It also risks “replacing” climate action in host countries (we propose alternatives to offsetting for companies here). Similarly, these so-called “voluntary markets” include a risk of one emission reduction being used towards multiple climate commitments.

An agreement on prohibiting double-counting under Article 6 could help limit the problem of double claiming of buyers in the voluntary market, though it could not fully rule it out. Other measures however have already been adopted outside of the UNFCCC to solve similar problems. For example, under the aviation sector’s offsetting scheme, established by the UN aviation agency ICAO, carbon offsets must be subject to a corresponding adjustment. There is no reason why similar regulation should not be adopted to govern the use of voluntary offsets.

Current efforts to increase the volume of trade and underpin public climate policies with more private capital (“Mark Carney Taskforce”), which leave the issue of double-counting completely aside, risk bringing a negative influence to bear on the Article 6 negotiations.

Raising the climate ambition of countries across the globe is the primordial goal that COP26 must contribute to. But it must also achieve progress with the more detailed aspect of the tools that should help implement the ambitions. On the road to Glasgow all travellers are expected to move stones out of the way.