Is the German carbon pricing plan fit for purpose?

…and what does the future look like for the EU carbon market? 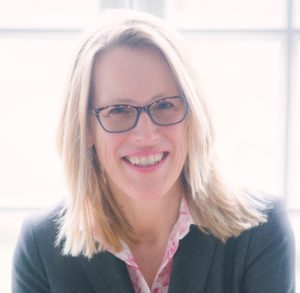 An interview with Sabine Frank, director of Carbon Market Watch

Do you think that the German government’s climate package and its carbon pricing element are up to the task to drive a clean transition in the country?

Putting a price on pollution in the transport and heat sectors is progress. But the step itself is not big enough, not fast enough to keep up with climate change. Neither in the initial fixed-price phase of 2021 to 2025 nor from 2026 when the price is to form on the market, will the new emissions trading system incentivise low-emission, climate-friendly behaviour. The starting price of 10 € per ton of CO2 in 2021 is far too low. For motorists, for example, this will initially only amount to a few cents per litre of petrol or diesel. At the same time, this barely noticeable price signal is undermined by the increase in the commuter allowance (tax relief for people driving more than 20 km by car to work).

With its proposed scheme, Germany shows less ambition than the EU partners Sweden with a current CO2 price of € 115 per tonne, Finland with € 64, France with € 45 and another five EU countries. Instead of setting a good example, Germany, therefore, offers an excuse to other latecomers in climate policy.

How can it be that such inadequate CO2 pricing is to be introduced in Germany? It’s not as if the federal government doesn’t know what it’s doing. It’s even in the fine print of the climate package itself that Germany will, during the introduction phase of the pricing system, not meet its national climate target under EU obligations. It will emit too much carbon pollution in the transport and housing sectors and will have to buy emission allocations from other countries!

What has been missing in Germany is direct public participation in determining the principles of CO2 pricing – the price levels, the way in which the citizens are relieved of their burdens, and the use of revenues. By working with citizens’ councils, the federal government could have obtained much more target security and social support. Other countries are catching up in terms of citizen participation, for example France, with its “convention citoyenne pour le climat” or Great Britain with its “citizens climate assembly”.

How do you judge the government’s plans to integrate the German emissions trading scheme for transport and buildings into the European carbon market?

The current CO2 price in the EU emissions trading system is around €25 / tCO2. If transport was included in the EU ETS, this would translate to a price increase of 6 cents per litre at the fuel pump. It is very unlikely that people would drive less for that reason alone. The inclusion of the transport and housing sectors would also make managing the allowances more complicated. The heat demand in the housing sector, for example, varies according to weather conditions and thus also the demand for energy sources and emission certificates.

In the residential sector, a carbon price would also not shake other barriers to the introduction of large-scale energy-saving measures – for example, the lack of up-front financing for the shift to climate-friendly heating technology. The primary need for incentives would remain.

There are more effective tools to tackle climate change in these areas, such as CO2 standards for cars and energy efficiency standards for buildings. If buildings and transport were included in the EU ETS, this could be used as an argument for the abolition of the existing sectoral rules.

Germany has agreed to phase out coal and many other countries across Europe are pursuing this crucial task as well. How can we avoid that the ensuing unused pollution permits create a new surplus on the EU carbon market?

The German government (and all others) must cancel the allowances that become unused as coal-fired power plants close down so that a surplus of allowances does not collapse the CO2 price in the EU carbon market. This is also the recommendation of the German Coal Commission. The EU mechanism in place since this year to keep the oversupply in check (the market stability reserve) is not enough to deal with the emerging surplus.

Seven EU countries have already left behind coal-fired electricity (Belgium, Cyprus, Luxembourg, Malta and the Baltic States). In another eleven EU countries, the departure from coal is programmed. According to our recent study, this could lead to a surplus of 2.22 billion allowances in the period from 2021 to 2030. This is comparable to the volume that led to the collapse of the CO2 price in 2011-13 (and the introduction of the Market Stability Reserve in 2019).

If the pollution certificates are not cancelled, they will only shift emissions from the closed coal plants to aviation, industry and coal-fired plants in other countries. This effect should not be underestimated. Nine EU countries, most notably Poland, have not yet set a deadline for a coal exit. An oversupply of pollution credits and thus low prices could make their coal-fired power plants more profitable and make them even more difficult to shut down.

How should emissions trading in the EU ETS develop?

The next revision of the EU ETS is currently scheduled for 2023. However, this revision will have to be brought forward so that the EU can live up to its commitments under the Paris Agreement and the expected increase in the EU 2030 climate targets.

This means, in particular, increasing the pace at which the cap is reduced every year to 4.2%, almost double what it is today.  And most importantly, the free allocation of pollution licenses – currently more than 90% for companies that face international competition – must find an end. The revenues from the auctioning of pollution licenses must be invested in climate action such as the decarbonisation of industry and used to shape a just change.

So there is much to do, and the momentum that the new EU Commission under Ursula von der Leyen brings with the announcement of a European Green Deal must be used well.

This text is based on an interview with the German television channel ZDF / 3Sat for a program in the series “Makro”, which is expected to air on December 13th.