The High Ambition Coalition (HAC) – a group of countries united in their desire to not just get a deal, but to get a good deal – played a crucial role in the Paris climate conference. Now they are needed to guarantee high enough level of ambition in cutting emissions in the aviation sector.

HAC was a ministerial coalition between rich and poor countries, based on many alliances and networks, but pulled together under the leadership of the Republic of the Marshall Islands before and during Paris.

The Coalition’s influence can be seen in many places in the Paris Agreement, but notably in its aim of “pursuing efforts to limit the temperature increase to 1.5 °C above pre-industrial levels” and in the ratcheting mechanism requiring countries to revisit their targets every five years. 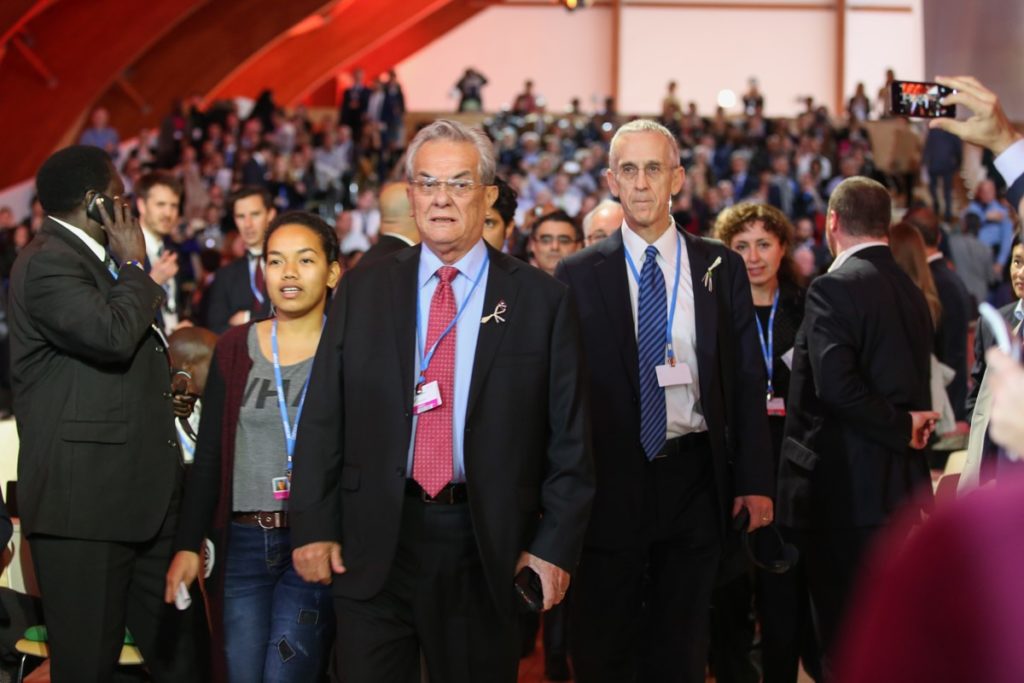 Right now, the International Civil Aviation Organization (ICAO) is working to develop a global market-based measure (GMBM) to address CO2 emissions from international aviation. The aim is to get agreement on the GMBM’s provisions at the Assembly in October.

The draft resolution shows that there is a need in ICAO too for the HAC to become involved.

For starters, the ICAO draft text fails to recognize the multi-laterally-agreed 1.5ºC goal, which needs to be as much a goal for the aviation sector as for all others. After all, governments signed up to it and now need to implement it.

The current ICAO ambition is only to limit net CO2 emissions from international aviation at 2020 levels, mainly through using offsets. While a starting point, that needs to be made a legally binding goal, it is hardly 1.5ºC consistent.

Similarly, there is no wording in the ICAO draft text that the ambition needs to be increased over time. Instead the proposed triennial reviews look to suspend the scheme on various grounds, including cost. Rather than recognizing the costs of climate impacts (deaths, loss of countries, floods, droughts, ecosystem destruction), the aviation industry  is more concerned about its continuing profitability, and the negotiating governments are complicit in this.

Lack of focus on other important provisions – the need for only high quality credits to be used in the GMBM and the need to avoid double counting of emissions reduction efforts towards multiple goals – also indicates a lack of focus on climate ambition in ICAO. It shows that governments are currently failing the interests of their citizens to avoid the worst climate impacts, by capitulating to the aviation industry’s desire to maintain massive profitability by shaking the status quo as little as possible.

It should be noted, the airlines aren’t hurting. The International Air Transport Association said global profits will almost double to $29.3bn (€25bn) in 2015, with American-based airlines having a particularly lucrative year on the back of a strong dollar.

In short, what the ICAO process desperately needs for its own climate credibility is for the HAC to step in and drive ambition as it did in Paris, against some equally recalcitrant forces. The power of governments cooperating to drive ambitious climate action has been clearly proven. There are at least seven members of the HAC represented on ICAO’s 18-member High Level Group, which is doing the core of the GMBM negotiations: Kenya, Mexico, Brazil, the US, UK, Sweden, and Netherlands.

The Coalition now needs to ensure that they work their magic in ICAO, as they did in Paris. The planet cannot afford otherwise.

Photo: Members of the High Ambition Coalition, led by the Marshall Islands’ Tony de Brum, entering the final plenary at the Paris climate conference. Photo © IISD, 2015 Photo by IISD/Kiara Worth