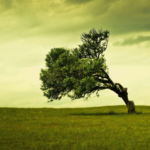 In June, Carbon Market Watch presented new analysis on how (not) to reduce the costs of tackling sixty percent of EU’s greenhouse gas emissions, covered by the Effort Sharing Decision (ESD). The report finds that a wrong design could significantly undermine reduction efforts in the transport, agriculture, buildings and waste sectors until 2030 by up to 28%. Early action on the other hand can lead to an extra one billion tonnes of CO2 reduction in the 2021-2030 period.

The Effort Sharing Decision is a centerpiece of Europe’s climate legislation as it sets annual emission reduction targets for each Member State for the greenhouse gas emissions from the transport, building, agriculture and waste sectors. The ESD was adopted in 2009 to implement the EU’s 2020 climate target and has been designed for the 2013-2020 period.

To implement the newly agreed 2030 climate target, the European Commission is expected to present a new legislative proposal to reduce emissions from ESD sectors in the 2021-2030 period in the first half of 2016. The higher 2030 climate ambition and a decision not to make use of international carbon offsets has resulted in a search for alternative intra-EU options to reduce emissions cost-efficiently – so-called flexibilities.

One of the flexibilities under scrutiny by the Commission is the use of credits from the EU’s Emissions Trading System (ETS) as offsets in other sectors. Given the amount of surplus ETS permits available until 2030, this will not have an impact on ETS emissions up to 2030 but at the same time it would lower the amount of mitigation efforts in the non-ETS sectors.  The new study by the Oko-institut finds that this would water down the EU’s 2030 reduction effort by 5% in the 2021-2030 period.

In case temporary forestry offsets are allowed to reduce permanent fossil fuels as a new flexibility, this may lead to a reduced reduction effort in the EU of another 23%. These forestry offsets don’t represent real emission reductions because carbon stored in trees and soils is reversible and hence cannot replace permanent emissions. Moreover, current accounting rules hide emissions associated with harvesting which means that the actual emissions are higher than reported on paper.

On the other hand, if Member States took early action to implement the additional measures that are already at the planning stage, this would not only help achieve 2020 targets but also lead to an additional reduction of one billion tonnes of CO2 in the 2021-2030 period.

EU countries should therefore invest in domestic mitigation measures now, rather than wasting money on international offsets to meet their 2020 targets, which will make achieving the 2030 targets easier and can avoid the need for bad flexibility options. As Member State representatives are discussing how best to reduce the costs for tackling 60% of EU’s climate problem after 2020, the option of increasing ambition in the short term should not be forgotten.