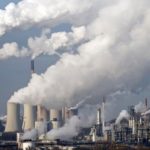 6 May 2015, Brussels. European policymakers provisionally agreed to start implementing the reform of the EU’s Emissions Trading System on 1 January 2019 and put the pollution permits that were due to come back to the market by 2020 directly into the new Market Stability Reserve. Carbon Market Watch welcomes this first step to fix the EU’s carbon market but cautions that the upcoming revision of the EU ETS will need to permanently tackle the glut of pollution permits.

“European policymakers have come to the rescue to salvage the EU ETS from drowning in a huge oversupply of emission allowances. With this deal around two billion surplus pollution permits will be prohibited from flooding the carbon market by 2020” commented Femke de Jong, policy officer at Carbon Market Watch.

While this is expected to result in a stronger carbon price signal to make the polluter pay and reward climate friendly investments in Europe, it does not ensure that EU’s future climate targets are met by actual emission reductions rather than with surplus emission allowances.

Carbon Market Watch therefore calls upon the European Commission to introduce automatic removals of any allowances that remain unused at the end of each trading period as part of the upcoming EU ETS review. This includes the around 750 million unallocated allowances that will be placed in the Market Stability Reserve under the agreement today.