WATCH THIS! NGO Newsletter #11: ”The Geneva Pledge: bridging the gap of knowledge between the climate negotiations and the Human Rights Council” 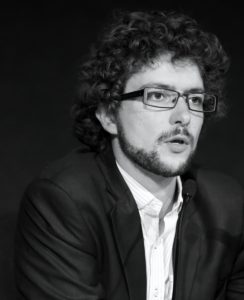 During the Geneva session of climate negotiations held in February 2015, 18 countries made a joint pledge to extend the integration of human rights in the climate change regime by including human rights expertise in their climate delegations. This initiative offers an opportunity to support the inclusion of references to human rights in the Paris 2015 climate agreement.

During a side event organized by the Mary Robinson Foundation for Climate Justice, Costa Rica suggested that countries make use of this rare setting to commit to bridge the gap of knowledge between their delegations participating to both processes. This initiative resulted in the signature by some countries of a declaration – the “Geneva Pledge” – at the end of the week of negotiations.

The pledge reiterates the importance to address the human rights implications of climate change and emphasizes that human rights should inform to climate responses. More specifically, it commits its signatories to promote better cooperation among their representatives at the Human Rights Council and at the UNFCCC, as well as to facilitate the exchange of knowledge and best practices among their own delegations. 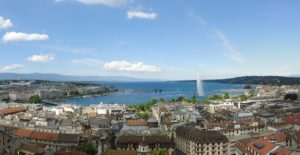 We will facilitate the exchange of expertise and best practice between our human rights and climate experts to build our collective capacity to deliver responses to climate change that are good for people and the planet.” – The Geneva Pledge

The provisions of the pledge do not go as far as to suggest particular elements for the Paris agreement or to offer guidance on the implementation of climate policies. However, as its highlights the willingness of several countries to strengthen the capacity and knowledge of their delegations in relation to the interplay between climate action and human rights protection, the pledge provides a useful basis that could be used in the coming months to promote awareness on the issue among relevant decision-makers. Over the past years, the lack of understanding of the relevance of human rights in the context of climate action has indeed been among the obstacles preventing the adoption of provisions in UNFCCC decisions that would integrate human rights in the climate change framework.

By the time of the closing of these negotiations, eighteen countries had signed the pledge. This group is particularly interesting as it includes a very diverse set of countries, including countries key to the negotiations towards the Paris 2015 agreement such as Peru and France. Some additional countries have also expressed an interest to sign the pledge after the session.

As the draft Paris agreement prepared in Geneva contains several references to the need to promote human rights through climate action, the countries that have joined this initiative could take leadership in working to ensure that this language remains in the Paris agreement. The pledge could also provide a starting point for the establishment of a knowledge-sharing process under the UNFCCC allowing countries to exchange on their best practices and experience with the promotion of human rights through climate policies.

In a process characterised by its relative slow pace, the sudden commitment made by many countries in Geneva is a very welcome step forward.

The Northern Institute of Environmental and Minority Law specialises in environmental issues and human rights, especially regarding the rights of indigenous peoples.