WATCH THIS! NGO Newsletter #11: ”Notice Board” 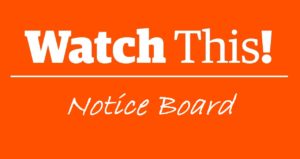 The 9th meeting of the Green Climate Fund (GCF) Board took place between 24-26 March in Songdo, Korea, where the Board accredited first 7 implementing entities. Read the report here

Carbon Market Watch together with Human Rights Watch, CIDSE and Council of Peoples of Tezulutlan organized a lunch debate in the European Parliament on ‘A Human Rights based approach to climate action-what accountability for EU’s climate finance contributions?’. Read the meeting report here and watch the event web stream here.

On 6 March, the EU presented its contribution to the international climate agreement to be finalized in Paris by the end of the year. The climate action plan was critized by NGOs for failing to address loopholes and lacking crucial details.

At the UNFCCC negotiations in February 2015 the Geneva Pledge, an initiative to better understand the connection between human rights and climate change, was launched. Read here

In February, an open letter was sent to EU’s Special Representative on Human Rights, urging to include an objective to promote human rights in all climate actions in the updated EU Strategic Framework and Action Plan on Human Rights and Democracy. Read the letter here