WATCH THIS! NGO Newsletter #11: ”How not to conduct an inspection: US Ex-Im visit to the Sasan coal power project” 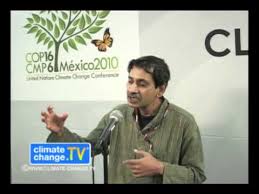 This is a true yet hard-to-believe story of an ‘inspection’ carried out by the Office of Inspector General (OIG) of the US Export-Import Bank (Ex-Im Bank) to the Sasan Ultra Mega coal power CDM project in India. The projects severe environmental and social impacts have been highlighted for several years by local and international civil society organisations, local media and were also brought to the attention of the US ExIm Bank. Even though a visit of the Sasan project site is a step in the right direction, this inspection had major flaws as the inspectors refused to meet with affected communities.

The numerous complaints against this project of one of the biggest private corporate groups of India – Reliance ADAG, include serious human rights violations, forcible displacements, highly inadequate compensations, intimidation by the police to affected communities, disappearance of demonstrating people, shifting injured workers out of the project site, violating contractual obligations to provide jobs and facilities to the displaced, unethical and inhuman labour practices,  heavy pollution generated by the project activity, to only name the most severe impacts.

The US Ex-Im Bank part funded this USD 4 billion project, with USD 900 million. Following field visits that have been carried out by an international fact finding team, a complaint was lodged to the OIG with a request for a proper inspection of the project. The US Ex-Im Bank recognized Reliance-Sasan as a ‘Category A’ project, which implies that the International Finance Corporation Performance Standards (IFC Performance Standards) are applicable. IFC is an international financial institution that is part of the World Bank group that requires that Performance Standards need to be applied in investment projects to manage environmental as well as social risks and impacts. They include guidelines on environmental and social impacts, pollution prevention, labour and working conditions, rehabilitation and resettlement among others.

In the second week of October 2014, a two-person team form the OIG of the US Ex-Im Bank visited the Sasan project site in Singrauli district in the state of Madhya Pradesh, India. What went on as an “inspection” can well be called a tragi-comedy. This is especially evident as affected communities had high expectations to bring forward their concerns with this CDM project and to be able to highlight the severe impacts they are facing by providing insights from the situation on the ground. 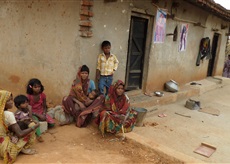 The two ‘inspectors’ that conducted the visit repeatedly changed their plans and cancelled pre-scheduled meeting with affected people. These changes were communicated at the ‘last minute’ to the civil society members involved in facilitating the interaction with the affected communities. The bias of the inspectors can be seen from the report that they were to travel to the project site using a helicopter provided by Reliance, the ‘client’ company against whom the complaints are. This plan only failed because of bad weather.

Throughout the inspection, the inspectors were not willing to listen to the senior local activist – Mr Awadhesh, the affected communities and neither to the young women from CSOs who were translating and facilitating the meetings. The inspectors often rudely interrupted the civil society and local community representatives from enabling them to explain their point of view in detail.  They also refused to meet the affected communities in their localities, only asking a few representatives to come to their hotel room and speak – completely disregarding the cultural and ethical practices. This was even more worrying as the officials of Reliance Power, the client company, were present in big numbers in the hotel premises, to take note of who dares to complaint. The inspectors also insisted that taking note of all these violations is beyond their scope, as the US Ex-Im Bank funded only equipment purchase from US companies, and that they will look ‘biased’ if they go to listen to the affected communities! They ignored the fact that they were with high officials of the client company who is being inspected. That was not bias!  What a tragic comedy.

By Soumya Dutta – Convenor at Beyond Copenhagen collective