The tale of the EU’s overweight climate change fighter 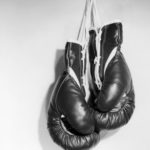 The EU’s carbon market desperately needs to get rid of excess weight if it is to perform as an effective climate change fighting tool in the future. The task of providing a way to do this – for example by permanently cancelling the current oversupply of more than two billions tonnes of CO2 – is now up to the European Commission when presenting its plans to revise the EU’s emissions trading system (ETS) by mid-2015.

The EU ETS can only foster genuine emission cuts once it’s been unshackled from the huge oversupply of emission allowances currently in the system.  It is predicted that the glut in the market may grow to more than twice the size of the emissions the EU ETS covers by 2020. Since the plans to establish a market stability reserve (MSR) will still allow for the return of surplus allowances to the market over time, an automatic mechanism to permanently cancel surplus allowances should be introduced into Europe’s carbon market as part of the upcoming European Commission proposal to revise the EU ETS.

The failure of the EU ETS to deliver any meaningful carbon price has also increased a genuine risk of ‘green job leakage’ – clean tech firms moving overseas because Europe fails to set out ambitious climate change policies that would secure them with a competitive advantage over their more polluting competitors. This problem is exacerbated by the current practice of over-subsidizing industry for its pollution by handing out an overgenerous amount of free pollution permits.

Instead of continuing this practice it is critical that after 2020, the EU ETS moves to full auctioning of allowances. This is the simplest and fairest way to allocate emission allowances while generating revenues that support climate policies in EU Member States and abroad. The upcoming EU ETS revision provides an opportunity to ensure that industries apathetic to emission reductions will no longer be rewarded in the future. It also ensures that carbon intensive suppliers already overcompensated with allowances cannot make windfall profits by making their consumers pay for what they received for free in the first place.

For more details on how to reform the EU ETS, see Carbon Market Watch’s submission to the European Commission’s public consultation here.