Courting the “rights” path for a changing climate: Developments in UNHCR and UNFCCC 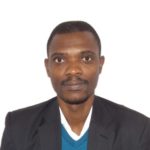 With the adoption of human rights language in Decision 1/CP. 16 of the UNFCCC COP held in Cancun in 2010, the initial resistance which trailed the conception of climate change as a human rights issue may have been defeated, but critical issues remain unresolved. The upcoming COP20 in Lima will provide a crucial opportunity to address these issues and advance the operationalization of the important Cancun decision.

A watershed, Decision 1/CP.16 crystallized the hard-fought aspirations of local and international non-governmental organizations to put human rights on the agenda of negotiations under the United Nations Framework Convention on Climate Change (UNFCCC). Earlier, when the link between climate change and human rights came up for discussion at the United Nations Human Rights Council (UNHRC) pursuant to its Resolution 28/3 of 2008, it met with resistance from some of the parties, particularly, the United States of America and Canada. The argument of these parties was that the debate and referral to human rights were unnecessary at the forum of UNHRC considering global efforts under the UNFCCC aegis.  The United States contended that international co-operation and not contestations were necessary to fix the climate change crisis. On its part, Canada argued that UNFCCC is the ‘most appropriate’ venue for climate change discussion and not the UNHRC.

Resolution 10/4 of 2009, however, put this controversy to rest as it was recognised officially at the UNHCR that climate change has implications for the realisation of human rights including, the right to life, the right to adequate food, the right to the highest attainable standard of health, the right to adequate housing, and the right to self-determination. If ever there was doubt about the link, it was effectively removed by Decision 1/CP.16 which called for the ‘respect for the knowledge and rights of indigenous peoples and members of local communities’ in implementing climate related actions. Subsequent to this decision, there have been two further resolutions of the UNHCR, namely, Resolution 18/22 of 2011 and Resolution 26 L/23 of 2014 which reinforced the implications of climate change for human rights.

Despite the development above, as negotiation is being finalised toward a global treaty in 2015 which will be binding in 2020, it remains unclear whether and how human rights will be engaged in the wordings of the treaty. It is uncertain how it is to address issues of disproportionate causation of climate change, vulnerability of populations in low-island states and other populations living elsewhere, particularly in Africa who will be adversely affected by climate change owing to factors of poverty, gender, age, disability and indigeneity. It is equally uncertain whether and how activities of non-state actors involved in the cause and addressing the effects of climate change can be construed in human rights lens.

While the outcome of the treaty is still awaited, what is certain is that human rights can be conceived as a value to shape discussions at all levels of climate change negotiations.  The ‘rights’ language remains an important benchmark to assess the – particularly their participation, benefit sharing and general protection of rights. Human rights remain an important legal and moral tool in the hand of practitioners and activists to test the sincerity of the world effort to address the threat of climate change.

By Ademola Oluborode Jegede, LLD Candidate and Tutor at the Centre for Human Rights, Faculty of Law, University of Pretoria.