“Stopping-the-clock” on emissions from air travel – what’s the buzz? (Newsletter #2)

This year is a crucial one for countries to finally address emissions from international aviation, which is responsible for 4.9% of man-made global warming. The Kyoto Protocol requires Parties to find solutions to mitigate emissions from aviation by working through the International Civil Aviation Organization (ICAO). Since Kyoto however, ICAO has proved to be incapable of making any substantial progress. As a response, the European Union decided to include emissions from all flights to, from and within Europe in their Emissions Trading Scheme (EU ETS) as of 2012. The EU’s unilateral decision has been very controversial, triggering major opposition from the US, Russia, India, China and others who in turn threatened the EU with trade restrictions. With the aim to lift political obstacles for ICAO to agree on a global deal the European Commission made a proposal to defer the ETS compliance of international flights to and from Europe by one year. This proposal has recently been supported by the European Parliament’s Environment Committee and will be adopted by the European Parliament in April 2013. Pressure is now on ICAO to advance progress for a global deal which should be decided by September 2013.

Offsetting in a global deal for aviation emissions

The International Civil Aviation Organization’s group of experts, which provides technical advice to ICAO’s Council, made recommendations last year for a global deal that would include either a global offsetting systems or a cap-and-trade scheme. All options currently on the table involve the use of offset credits to compensate for emission reductions. While an offsetting system would require airlines to pay into a central fund that would purchase carbon offsets, a cap-and-trade scheme would allocate a number of emissions allowances equivalent to the tonnes of CO2 an airline operator would be allowed to emit. To meet their obligations under a cap-and-trade scheme, an operator could either reduce emissions, purchase emissions allowances from other operators or buy carbon offsets from an offsetting mechanism that is approved under the cap-and-trade scheme.

It is still unclear what types of offset credits would be approved for compliance under either system. A large variety of offset credits exist. However, only certain types of offsets are allowed on the international compliance market and these must comply with a set of minimum standards. They include offset credits from the Clean Development Mechanism (CDM) and Joint Implementation (JI) set up under the Kyoto Protocol (KP). A New Market Mechanism (NMM) is currently being developed under the UNFCCC and could potentially generate additional offset credits. Offset credits are also produced outside the UNFCCC. These include voluntary offset programmes (e.g. Verified Carbon Standard), national offset programmes (e.g. Australia’s Carbon Farming Initiative), bilateral offset mechanisms (e.g. Japans’ Bilateral Offset Credit Mechanism) and regional offset programmes (e.g. Climate Action Reserve offsets allowed under California’s cap and trade scheme). Emission permits could also be acquired in the form of allowances from cap-and-trade schemes, such as European Allowances (EUAs) from the European Emissions Trading Scheme (EU ETS).

One offset credit represents one tonne of emissions reductions and can be used by entities with emission reduction obligations to compensate for their emissions. It is therefore essential to ensure that every offset credit is “real, permanent, additional and verified.” Every credit that does not comply with these principles causes an increase in global emissions. Also, low quality offsets compromise the economic integrity of an offsetting scheme because they artificially inflate supply. 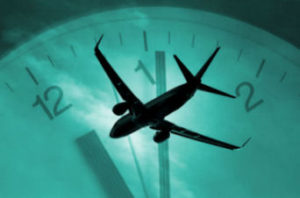 However, serious concerns lay over credits from the Kyoto flexible mechanisms. An independent study commissioned by the CDM Policy Dialogue in 2012 estimates that two thirds of all CDM credits expected between 2013 and 2020 could come from business-as-usual power supply projects. This is about 3.6 billion tonnes of CO2-eq that are potentially non-additional. There are also serious concerns about JI projects for a severe lack of quality control. About 95% of JI credits (ERUs) issued to date are issued by host countries without any international oversight.

Any decision to allow offset credits in a global market-based measure to reduce greenhouse gas emissions from international aviation must be based on stringent requirements that ensure real, permanent, additional and verified emissions reductions. Only offset credits issued under the guidance and authority of the UNFCCC should be eligible for compliance. Additional quality restrictions should be placed on CDM offset credits to address the additionality concerns.

Moreover, the use of offset credits should be supplementary to own in-sector reductions. Any decision to allow cap-and-trade allowances in a mechanism designed by ICAO should ensure that allowances from oversupplied cap-and-trade systems are prohibited. If ICAO decides to establish its own cap-and-trade system it must be based on a stringent cap and avoid over-allocation of allowances. Also, such a cap-and-trade mechanism must not be linked to an oversupplied system, such as the current EU-ETS, as this would severely compromise the environmental and economic effectiveness of an ICAO trading mechanism.