Land Use Land Use Change and Forestry

Companies are increasingly adopting “climate-neutrality” targets, which often include relying on forests to compensate for pollution. After yet another such offset project was swallowed by flames in California, unresolved questions about forest and land offsets resurface. It’s a simple tagline for green marketing campaigns: “Enjoy our product, it’s climate neutral”. While the tagline is simple,…

This briefing, published by the Climate, Land, Ambition and Rights Alliance – CLARA –, has been endorsed by Carbon Market Watch. Executive Summary Climate action must be urgently scaled up to limit global warming. Action in the land sector is critical and necessary for achieving the Paris Agreement’s goal of limiting planetary warming to 1.5°… 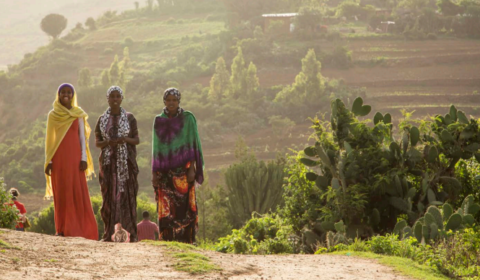 The cost of climate inaction in the agricultural sector

This week key policymakers of the European Parliament discuss the EU’s largest climate instrument. Ahead of the debate, five organizations expose how a loophole in the law could significantly increase the costs of post-2030 climate efforts by delaying the required emission reductions in the agriculture sector. The Effort Sharing Regulation (ESR) covers around 60% of…

Forests must not be used to undermine climate commitments

Forests and land-use remain a contentious issue in climate negotiations but are an essential part of many countries’ climate pledges. The sector should be used as an additional climate tool, not as an excuse to reduce ambition in others. At the UN climate conference in Marrakesh, discussions on land use remained gridlocked because of the…

Recommendations for SBSTA Item 11(a) on Land use, land-use change and forestry under Article 3, paragraphs 3 and 4, of the Kyoto Protocol and under the clean development mechanism

Carbon Market Watch welcomes the opportunity to provide input to the SBSTA discussions[1] on land use, land-use change and forestry under Article 3, paragraphs 3 and 4, of the Kyoto Protocol and under the Clean Development Mechanism.

On Monday 17 October, the EU environment ministers’ will discuss for the first time the national 2030 climate targets for the transport, agriculture, waste and buildings sectors. Ahead of the meeting, a group of 29 organisations urges ministers to close loopholes in the climate law that will determine how the Paris Agreement is put into action in Europe.

We, the undersigned, 29 organizations from across Europe, call on your support to ensure that the EU delivers its commitments in the Paris Agreement by taking effective and ambitious action to limit global warming to 1.5°.

As part of work to produce a climate and energy package for 2030, the European Commission is currently reviewing the sustainability of all uses and sources of bioenergy for the period after 2020.1 The European Commission will also propose a new policy on how to include the land use, land use change and forestry (LULUCF) sector in the EU’s…