New Year New Climate Momentum The private-sector task force, led by Mark Carney, has published its roadmap for “scaling up voluntary carbon markets”. More investments in climate action are, of course, more than welcome. But the task force should pay more attention to quality – instead of focusing on quantity. One striking omission in the new…

By Kaisa Amaral Why carbon pricing should strengthen, not replace national climate action As part of the EU Green Deal implementation, the European Commission considers scrapping national climate targets and expanding the EU carbon market to road transport and buildings. Doing so would undermine the new climate goals and put an undue burden on consumers…

We regret that the Commission did not include a policy option that would ensure the current climate policy architecture is maintained in order to raise the emission reductions achieved by the Effort Sharing Regulation (ESR), Emissions Trading Scheme (ETS), and the LULUCF Regulation as three separate but mutually reinforcing policy instruments. The three options presented…

To limit global heating to 1.5 degrees, it will no longer be enough to just cut our pollution; some emissions will likely have to be removed from the atmosphere and permanently stored. Together with partners, Carbon Market Watch launches a new project with the aim to provide decision-makers with concrete policy recommendations to ensure responsible…

After almost two years of intense negotiations, this week the European Parliament will give its final approval for the Climate Action Regulation, which aims to reduce emissions from transport, agriculture, buildings and waste management. Implementation will determine how effective this key climate law will be in helping Europe achieve its Paris climate goals. Covering over…

BRUSSELS 13 OCTOBER 2017. Today, the EU environment ministers adopted their position on the Effort Sharing Regulation (ESR) which covers emissions from the transport, building, agriculture and waste sectors in the 2021-2030 period. As the EU’s largest climate tool, the ESR is key to implementing the Paris Agreement in Europe. Loopholes adopted today by the…

Closing the loopholes in the EU’s centerpiece climate law

This piece was first published on Euractiv on 9 October 2017 EU member states can enable the upscaling of good examples of local climate action by closing loopholes in the Effort Sharing Regulation, a centerpiece of the EU’s climate policy, write Claire Roumet and Femke de Jong. This week, the EU environment ministers will adopt… 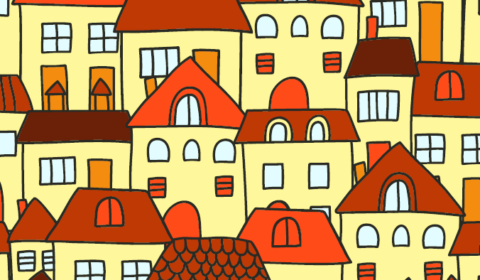 Who is still pursuing the Paris climate goals in Europe?

This article was first published on Euractiv on 29 May 2017 As the negotiations on Europe’s key climate policies draw to an end, it is time to take stock and ask if Europe, a self-proclaimed climate leader, is really delivering on its international commitments, writes Femke De Jong. Two months ago we released a ranking showing Sweden,…