Letter to not offset climate inaction with forests

Forest restoration must not offset climate inaction in the agriculture, energy, housing, industrial and transport sectors.

Yesterday was International Day of Forests. The United Nations, NGOs and companies around the world came together to celebrate forest restoration as a path to recovery and well-being.

Social media was full of inspiring pictures of people enjoying their local forests and support for efforts to restore forests in Europe and beyond. But these same forests can be turned into a smoke screen to hide other sectors’ lack of action towards climate objectives.

We are writing now in reference to the new climate targets and changes to the Land Use, Land Use Change and Forestry (LULUCF) Regulation being considered as part of the upcoming EU Climate Policy review. To have any chance of meeting Paris Agreement Goals, the review needs to ensure carbon removals from forests cannot be used to compensate for inaction in reducing emissions from agriculture, transport, industry, housing or energy.

We have been here before.

Over 15 years ago, it was decided that forest credits should not be included in the EU Emissions Trading System (ETS), due to the possibility of market flooding and governance problems. The science hasn’t changed since then. The fossil carbon pool and atmospheric carbon pool remain distinct. There are still huge uncertainties in data around forest sinks, and forest stocks continue to be impermanent. Not least because forest health is likely to be further undermined by the higher range of temperatures expected due to the climate crisis.

Climate action has been delayed for decades, leaving no time or space in the carbon budget for delaying cuts in emissions. The Intergovernmental Panel on Climate Change (IPCC) states that we have less than a decade to keep global heating at 1.5°C, compared to pre-industrial emission levels. Yet, the recently released United Nation’s Nationally Determined Contributions synthesis report shows that countries are not reducing emissions fast enough to meet the Paris Agreement targets and avoid climate breakdown. It is therefore crucial that you explore how the updated EU climate policy framework can achieve emission cuts beyond the “at least 55%” target, with a separate target for carbon removals.

As EU forests are currently absorbing less carbon dioxide, and overall biodiversity is low and declining, the EU can only tackle the climate and biodiversity crises by protecting and restoring forests, but this must not be at the expense of action in other polluting sectors.

That is why “net” targets are so important to look at critically.

If the European Commission and Member States take a position in favour of a “net” target of 55% emission reductions by 2030, this gives industries an excuse to delay decarbonising and allows countries to minimise emissions cuts by increasing activities that absorb carbon dioxide, such as restoration, replanting or afforestation.

Similarly, if you were to come out in favour of market-based forest offsets, this could compound a dangerous global trend in which many of the largest polluters plan to rely on tree planting activities. A recent Greenpeace study demonstrated how fossil fuel corporations’ pledges are incompatible with the planet’s ability to remove carbon dioxide.

Despite the science, EU Commission representatives are promoting bringing forestry into the carbon market. Their assumption seems to be that selling offsets will constitute a financial resource that will incentivise ecosystem restoration. But due to the timescales and natural processes involved, reductions in emissions from fossil carbon can never be considered equivalent to temporary sequestration of carbon in forests and soils.

We need to drastically reduce emissions AND remove carbon dioxide from the atmosphere.

We therefore call on you to:

To remain a global climate leader, the EU needs to send a clear message to the private sector and the international community not just about the importance of protecting and restoring forests, but also about why that can’t be used to justify a lack of action elsewhere. 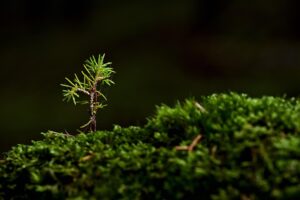 If done well the Carbon Removal Certification Mechanism (CDR-M) can determine what is actually Carbon Dioxide Removal (CDR) or not, and keep false solutions out 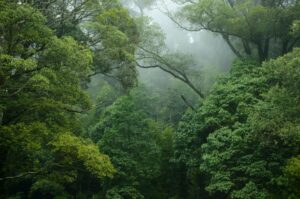 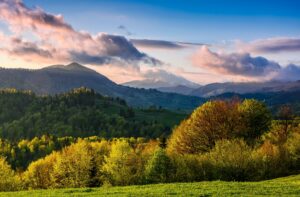