2019 was an exciting and full year for Carbon Market Watch (CMW). On the wings of the global youth movement asking for better climate protection, the issue of climate change gained prominence it had never achieved before. It was finally brought to the attention of policymakers in a manner that will hopefully be sustained for years to come. This green wave has also inspired CMW’s work to a new intensity and success.

Carbon Market Watch was active in the UNFCCC negotiations, pressuring governments to ensure that new carbon markets will help reduce emissions instead of just shifting them around, or worse, allowing for their increase. This work is ongoing, as the negotiations on Article 6 weren’t finalised. It is crucial to continue campaigning, wild-west carbon markets being potentially the biggest loophole in the Paris Agreement, as CMW’s work has demonstrated. Carbon Market Watch’s deep expertise on the topic allowed for briefing policymakers and the public, to explain the complexities and pitfalls of the issue, and to propose solutions for improved carbon markets. CMW’s work was instrumental in preventing the adoption of flawed rules at the Madrid COP.

Aviation and shipping continue to be major, and growing, unsolved problems in the climate arena. Carbon Market Watch follows the international processes aimed at tackling these sectors’ climate impact to promote ambitious and rapid emission reductions. The UN aviation agency ICAO decided on the broad eligibility criteria of offsets that airlines will be able to buy. CMW’s assessment of the different offset providers against these criteria informed the later decision on programme eligibility.

While sadly nothing moved forward on international shipping, CMW’s work in Europe helped lead the European Commission to propose extending the EU carbon market to include shipping in the absence of action at the international level.

While European Parliament elections brought a more fractured political picture, they highlighted citizens’ wish for a climate-friendly Europe. Immediate engagement with key new lawmakers has ensured a working relationship that CMW can build on for the whole length of this legislature.

In parallel, the announcement of the new Commission to come up with a Green Deal for Europe has invigorated Carbon Market Watch’s work. With the carbon market covering roughly half of the EU’s emissions, CMW’s work to improve its rules is crucial. While a higher carbon price over the past year has helped drive out coal from the EU’s energy mix, the system needs to be strengthened to support industrial decarbonisation. It is exciting to see that CMW could contribute to the adoption of the EU’s climate neutrality target as well as to positively influence the Commission’s proposals for industrial decarbonisation and innovation. However, much work remains to be done to ensure the Green Deal delivers on its promise when it is translated into concrete legislation and action plans over the coming years.

The EU’s emission reduction targets can only be achieved if the member states develop adequate national climate and energy plans. In this context, CMW contributed to the analysis and improvement of existing plans, and together with partners tracked their development through the “PlanUp” project. PlanUp’s mission is to ensure strong plans that will drive rapid decarbonisation in Europe.

Internally, Sabine Frank, in her first year as executive director, updated and consolidated CMW’s structure. She transferred the organisation’s seat from Austria to Belgium, reflecting geographically one of the main areas of Carbon Market Watch’s work, the European Union. She was able to maintain a solid budget and bring in highly qualified new staffers to complement a very expert team, thus putting CMW on the best footing forward to deal with upcoming challenges.

Carbon Market Watch’s expert approach of analysis and advocacy, at the international and regional levels, together with its members and global partners remains essential to drive sustainable climate solutions forward. CMW is set to continue being an influential voice for a better environment, a voice I look forward to supporting over the coming years. 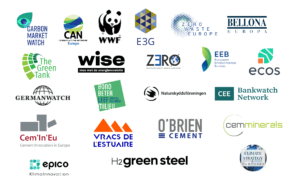 NGO and industry letter to ETS trilogue negotiators: Time to agree on an EU ETS and CBAM that work for the climate and support industrial transformation

A summary of CMW’s recommendations concerning key Article 6 topics on which SBSTA and the Article 6.4 Supervisory Body are mandated to provide recommendations/guidance for 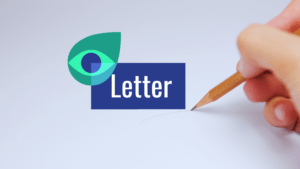 Answer to the call for input 2022 – activities involving removals under the Article 6.4 Mechanism of the Paris Agreement

Regarding the two documents, “Draft recommendations (Annex 5 to the SB002 annotated agenda)” and the in-meeting working document on “Recommendations for activities involving removals under