Carbon market stakeholders are slowly moving beyond the zero-sum game of offsetting towards alternative ways of financing climate action. This positive development will make the existing market more robust, helping to shield it from reputational risks and environmental integrity scandals.

Offsetting – paying someone else to reduce emissions instead of reducing one’s own – has for many companies been a cheap way out of their climate responsibility.  While certainly also good climate projects exist, a vast majority of those used for offsetting have either had little positive impact on climate or have led to more carbon pollution and even human rights violations.

But just like everyone else, the private sector needs to take climate action – and alternative financing models are more than welcome. 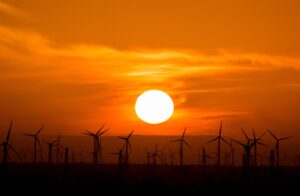 A new model that goes beyond the (at best) zero-sum game of offsetting is gaining traction from all sides. Under a so-called “contribution model”, companies finance climate projects without claiming the associated emission reductions as their own.

Gold Standard, the second-largest issuer of carbon credits on the voluntary carbon market today, is now endorsing this model. So does the Science-based Targets initiative, an NGO-led programme aiming to set high-quality standards for corporate targets. Nearly 1200 companies have already subscribed to this initiative. Research organisations such as the NewClimate Institute have taken it on board to address their own climate impacts. And consultancies have also weighed in: Carbone  4 launched an initiative to find an alternative to offset-based net-zero claims, supported by large private sector actors in France, and the Boston Consulting Group partnered with WWF to demonstrate the benefits of a new financing model. Carbon Market Watch has been promoting this idea for several years; we published our most recent briefing on this topic in December 2020.

Under this model, companies would continue financing climate projects, but would no longer claim that their products or services are “carbon neutral”, “climate neutral”, “net-zero” or any other misleading term currently used as a result of this finance.

Companies’ GHG emissions have a negative impact on the climate. It’s as simple as that, and the same goes for nearly every single individual on earth. Marketing campaigns or accounting tricks will not change this. However, companies and individuals can also reduce this negative impact, or even have a positive one, e.g. by paying to store carbon in trees or underground. Simply, this does not mean that their other carbon-emitting activities are suddenly “cleaned up”.

The new “contribution” model allows companies to demonstrate their true climate impacts, both positive and negative, in a more transparent way. Under it, corporations report both how much they have polluted and how much they have reduced their pollution as well as what funding they have provided for climate action.

Such reporting could be extended beyond quantitative metrics. For example, companies could be transparent about their climate lobbying, in other words, did they support the adoption of strong climate policies or lobby against them?

Frontrunners such as Gold Standard and the SBTi are showing the way for corporates to adopt more transparent climate-related practices. This is an opportunity to move from the existing (often misleading) PR campaigns towards more honest communication. The most ambitious companies only stand to gain from this because more transparency is an opportunity for them to set themselves apart. Consumers appreciate honesty; they don’t want to be misled about the climate impact of their purchases.

All companies today claim that they only purchase offsets as a “last resort” option after having done everything in their power to reduce their carbon pollution. It is time to adopt new practices which will actually allow the public to scrutinize this claim and draw their own conclusions.