In February, 2015, the Panamanian government suspended construction of the Barro Blanco hydro dam after recognising the absence of agreement with affected stakeholders. One year later, the suspension has been lifted and the construction is close to completion. However, no dialogue or agreement with the affected local communities is within sight. 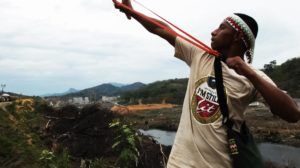 One year ago, in February, 2015, the Panamanian environmental agency, ANAM, decided to temporarily suspend the construction of the 95% complete of the Barro Blanco hydroelectric dam – a project registered under the UN’s CDM carbon offsetting mechanism. The suspension, pending an investigation by ANAM, was justified because of non-compliance with national environmental impact assessment requirements including shortcomings in the agreement with the locally affected communities, part of the Ngöbe Bugle indigenous people.

To address this shortcoming a dialogue roundtable was set between the Panamanian State and the affected communities, to discuss the compatibility of the dam with national laws and human rights. Although acknowledging “recurring administrative flaws and improper handling” by the company in charge, the government, under pressure of the international lenders, eventually concluded that the “finalisation of the project was a matter of national interest” while the affected communities were calling for the cancellation of the dam.

Shortly after, in September 2015, the Panamanian administration concluded its investigation and officially recognised the project manager as guilty of failing to reach agreement with the affected stakeholders. As a consequence the company in charge was sanctioned with a fine amounting $775.000. Paradoxically, the completion of the investigation also resulted in the lifting of the suspension and the resumption of the construction works.

The projected completion date for the project is in April 2016. According to 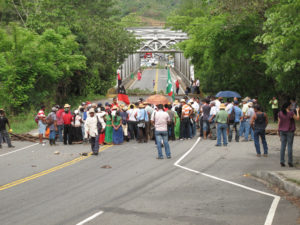 our local partners, flood tests have already started. Yet a dialogue process with the local affected communities is still worryingly absent. As the completion date of the dam nears, the potential for local communities to be forcibly evicted from their homes increases.

Panama recently reaffirmed its obligations to respect and protect human rights in the Paris Climate Agreement and the Geneva Pledge for Human Rights in Climate Action. We call upon the Panamanian government to respect both its national and international commitments and to reach an agreement with the local affected stakeholders who want the cancellation the project. Since the national authorities have officially recognised the shortcomings of the stakeholder consultation that demonstrated the unsustainability of the project, we also call upon the government of Panama to withdraw its approval of Barro Blanco’s CDM registration.