The missing ingredients for successful NAMAs 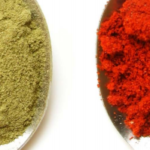 During the Paris negotiations in December publication of Carbon Market Watch’s policy brief revealed that long-term success of Nationally Appropriate Mitigation Actions (NAMAs) depends on having clear guidelines on stakeholder consultations, oversight of sustainable development impacts and sector-specific environmental criteria. The strategic plan for the Green Climate Fund (GCF) and the NAMA Facility revision process are crucial opportunities to acknowledge these success factors.

NAMAs have been largely considered a promising climate tool for developing countries. The climate talks at COP21 in Paris recognized NAMAs as a mechanism with potential to play an important role in the post-2020 climate regime, particularly in implementing countries’ Intended Nationally Determined Contributions (INDCs).

In the meantime support for NAMAs has been slow. According to the NAMA Pipeline Analysis and Database by the UNEP Technical University of Denmark (DTU), about $8 billion of support has been requested for NAMAs. So far the biggest chunk – about $131 million – was offered by the NAMA Facility. At COP21 the NAMA Facility preselected additional 3 out of 42 submitted proposals to receive funding of up to $93 million. Overall this will still constitute less than 3% of requested support.

Soren E. Lutken, Senior Climate Finance Adviser at the NAMA Facility, underlined that availability of finance is not the issue, but rather that submitted proposals are not ready for implementation as they pursue a project approach or are not sufficiently reflecting transformational change. In the light of this, the NAMA Facility also announced that it will undergo systematic revision in 2016, to improve the process of effectively allocating sources.

At the same time, the Green Climate Fund (GCF), which is now ready to allocate finance, is currently holding an informal meeting in Cape Town, South Africa to discuss the strategic plan of the Fund and its role in increasing the volume as the quality of climate financing.

These processes will be crucial to acknowledge that while finance and technology are a perquisite to develop NAMAs, they are not the sole factors needed for sustainability and transformational change that the two institutions strive to achieve. The policy brief ‘The missing ingredients for successful NAMAs’ finds that in the light of international governance deficit and lack of guidelines to NAMA implementation, NAMAs ultimately face the same or worse challenge as the Clean Development Mechanism in supporting activities that could potentially 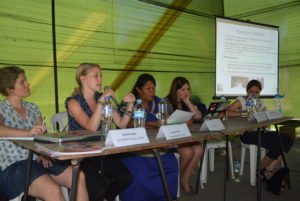 have serious negative impacts on local communities and the environment. The findings were endorsed by the outcomes of the side event held at COP21 in Paris. Presented cases of NAMAs developed in Costa Rica and India revealed that the NAMA agenda is often being dictated by international agencies rather than by ‘on the ground’ realities. Their experience has shown that implementation of safeguards, transparency, and institutional support can improve the realities for NAMA projects on the ground.

In the light of current absence of regulations at the United Nations Framework Convention on Climate Change (UNFCCC) level it is now up to NAMA financing institutions and developing countries governments to endorse standards and criteria based on strong sustainable development narrative and wide stakeholder engagement. The policy brief therefore suggests that financing institutions, such as the Green Climate Fund (GCF) and the NAMA Facility, include specific guidelines on public participation and sustainable development monitoring, and avoid the lock-in to high-carbon, low-climate resilient paths by endorsing a negative list that explicitly ban certain project types.

For further information please see our: