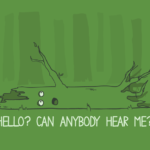 Land use remained a contentious topic at the Paris climate summit this December with onlookers wondering how land and its capacity to absorb carbon would be incorporated into the final agreement. While initial worries about the treatment of land in the Paris Agreement were ironed out in the final agreement, the development of rules and modalities in the coming years will need to permanently close doors to using the land to offset continued fossil fuel use.

While there are no explicit mentions of using land use credits in the Paris Agreement, phrases like “internationally transferred mitigation outcomes”, which could essentially be any type of activity to reduce or remove greenhouse gases, are sprinkled throughout the text with no specific definition. Coupled with the goal of achieving “a balance between anthropogenic emissions by sources and removals by sinks of greenhouse gases” there remains a potential risk that carbon sequestration activities are utilized to pardon continued pollution.

Initially, draft versions of the Paris agreement included the use of land removals in market approaches. In the end, language on the lands’ role in fighting against climate change remained similar to wording used in the Kyoto Protocol, with the exact rules and modalities of the “sustainable development” mechanism to be developed in the coming year.  These rules need to clarify that non-permanent land use activities will be excluded from generating offsets.

According to the Decision text, mitigation activities under this policy tool should have “long term benefits”. This term cannot apply to carbon sequestration activities as trees and land store carbon on relatively very short timescales before releasing the CO2 back into the atmosphere. Hence, using a temporary carbon stock to justify depleting fossil carbon stocks that take thousands of years to replenish is faulty logic, as Carbon Market Watch has argued. It is for this reason that “long term benefits” should be understood to mean thousands of years at the minimum.

Though we must stay vigilant to ensure that the porous wording used in the text is not manipulated to mean something it was never meant for, it is equally important to acknowledge that many countries see the danger in using forests and land to offset or compensate for pollution elsewhere. The vast majority of African countries who support continued finance for REDD+ do not want to generate land use credits to be sold to other countries, while Brazil, home of the world’s largest tropical forest, has recently prohibited the sale of REDD+ credits.

There is growing consensus that land use activities are unfit for offsetting, for reasons emphasized by our recent report. Carbon Market Watch will continue, in the aftermath of Paris, to monitor the development of modalities and procedures around the new offsetting mechanism to ensure that actions to reduce emissions from biological and fossil sources do not replace each other, but are done in parallel.

Land use and forestry , Global markets