Carbon market provisions in Paris climate treaty: all cards on the table 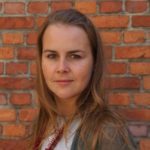 The new draft negotiation text still features brackets around all provisions related to carbon markets, showing that Parties have still not found agreement on whether there will be an explicit role for carbon markets in the new Paris agreement. Options under discussions in the next 48+ hours include inter alia the role of carbon trading all together, accounting rules, offsetting project types such as land use and forestry carbon offsets and a share of proceeds on the revenues of traded carbon credits for climate finance purposes.

This afternoon, French minister Laurent Fabius has opened the third meeting of the so called Paris Committee, the assembly of Parties expected to sign off on the Paris climate treaty in two days. The new version of the draft negotiation text that was made available has further shrank to 29 pages and has lost three quarters of brackets, meaning that more and more issues are being resolved.

One element which still features a heavy bracketed text surrounds the role of carbon markets in the future 2020 agreement. This text is a compromise of several so called bridging proposals that have been made available by Parties in the past 24 hours, one of which was the EU-Brazil proposal available here.

However, Minister Fabius pointed out nothing is agreed until everything is agreed. In the next 48+ hours, delegates in Paris need to find agreement on the remaining brackets. Below is a short summary of contentious issues surrounding markets, which remain unresolved:

A prominent option in the text (Art.3bis, option 1), backed inter alia by Brazil and the EU, is to continue the concept of carbon offsetting by establishing a so-called mechanism to support sustainable development. However, the role of offsetting after 2020 is questionable because almost all developed countries including the EU have domestic climate targets and also most developing countries have mitigation commitments, leaving very limited demand for carbon offsets. This is recognized by some countries that see a non-market mechanism for mitigation action in developing countries as the preferred option (Art.3bis, option 2). We agree.

On the positive side, the draft accounting provisions promote environmental integrity by including provisions to avoid double counting (double counting happens when both the buyers and the sellers of carbon credits claim the same emission reductions) – Art. 3, para 12. However, necessary provisions to set up a robust international accounting framework are still lacking at this point. The draft text fails to refer to certain principles so that the Paris agreement does not lead to “hot air” trading of bogus pollution permits. The “mitigation outcomes” that are traded between countries should be “real, additional, verified and permanent”. These elements are missing both in the draft text on accounting as well as in the text on the new offsetting mechanism, and need to be included.

The current text opens doors for all countries to participate in carbon markets (Art. 3, para 20). It even includes an option for developed countries not only to use but also to generate carbon offset credits (Art. 3ter, proposed mechanism 1), without any restrictions on the amount of international carbon credits used towards meeting climate targets. There are a number of concerns about these options:

Markets as a source for climate finance

What developing countries would benefit from, is to use markets as a new and innovative source of finance, to help to provide financial support for adaptation, loss and damage and REDD+. However, the current text only foresees a share of proceeds from the new offsetting mechanism and does not include such option for other types of carbon credits, for example those traded as part of cooperative approaches. A provision for share of proceeds should therefore also be included in cooperative approaches, Art. 3, para 20.

Land use and forestry carbon offsets

The current text opens doors for land use and forestry carbon offsets by replacing the important principle that carbon offsets need to represent permanent reductions with the new wording “long-term” (decision text 36, b). This could open doors to the land use and forestry offsets that do not result in permanent reductions, but only temporarily store carbon. This very problematic because land use or forestry carbon offsets (which only sequester carbon on decadal timescales at best) are not appropriate to replace fossil fuel emission reductions, knowing that fossil fuels have been stored safely in the ground for over 300 million years.