Home » News & Press » Leave poor land-use alone, he has his own problems

Leave poor land-use alone, he has his own problems 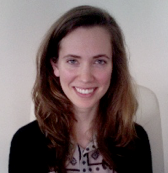 Land-use has always been a tricky subject, complicated even more by the fact that countries are putting land use into their INDCs, without clear measures and accounting rules. If, as with some parties, accounting rules hide CO2 released when harvesting, emissions will go unnoticed and the true amount of emission reductions achieved by land activities will be lower than countries report.

The US intends to account emissions in the land sector by sources and removals, the EU plans to integrate LULUCF sectors into their climate reduction goals and Russia wants forest management to be central in their mitigation plan. While it’s encouraging to see more work in the land-use sector, without guidance on how these activities are to be undertaken, they can cause more harm than good.

Depending on how land use is treated by Parties, efforts to improve forest sectors could replace needed reductions in fossil fuel use either at home, through diluting targets, or abroad through international carbon offsets. While at first glance this might look like a convenient trade-off, in reality it’s cheating the climate.

For example, as data is frequently recalculated when tracking land emissions and removals, the US may find that 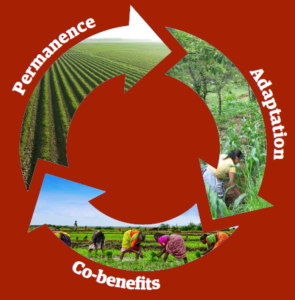 reductions they have accounted for are imaginary. According to a recent study, poor land use accounting rules in the EU’s 2030 domestic target could reduce the reduction efforts needed from other sectors by 23%. Russia’s overall pledge is contingent on the “maximum consideration” of forests in emissions accounting, potentially using forestry to forego necessary action in reducing fossil emissions.

Coupling land use with the mitigation efforts in other sectors creates problems.  Accounting for sectors that both absorbs and emits carbon is tricky at best. The European Commission’s Joint Research Service (JRC) released a report in November 2015 about the LULUCF mitigation potential, which explains the problem: Firstly, there remains a “high uncertainty on both the historical levels and the projections of LULUCF emissions and removals” and secondly “countries expect a significant contribution from LULUCF in meeting INDCs.” This means that uncertain information about emission reductions can scramble the message on the amount of reductions actually achieved.

Dealing with land characteristics and the way forward

Additionally, a tonne of carbon absorbed by the land is non-permanent in relation to a tonne of emitted fossil fuels, which is an unfair exchange. Non-permanence must be understood in the sense that, fossil fuels have been permanently stored in geological formations for more than 300 million years and take hundreds of thousands of years to be remineralized in the ground while trees and soils release and absorb carbon on a timescale of tens to hundreds of years. So using these land activities to allow for continued fossil fuel use makes little sense, especially when coupled with the fact that there is only so much land on which we can continue to plant trees.

Does this mean that we throw in the towel on mitigation in land use? Absolutely, not. It means that when addressing mitigation, carbon sequestration activities found in forestry and agriculture should work to contribute to the fight against climate change without obstructing other sectors’ contributions. We should applaud countries’ proposals to increase their carbon sinks, ideally through ecosystem restoration to help restore lost biodiversity, and stop deforestation as well as provide them with measures to achieve their objectives. This can be done through finance-based mitigation tools that work for social co-benefits as well as adaptation policies that ensure food security and protect local livelihoods, but not through adding land use into the same pot as other sectors.

Land use and forestry , Global markets