Brussels, 12 October. Following numerous incidents of human rights violations related to carbon offsetting projects, the UN’s Board of the Clean Development Mechanism (CDM) will, for the first time, discuss options to address these concerns at its 86th meeting starting today. The Board will also discuss recommendations to overhaul the CDM’s local stakeholder consultation rules, including a requirement that projects must repeat consultations if they have not been carried out in line with national laws. In an open letter, 96 groups from 35 countries have highlighted their support for these changes.

A new UNFCCC concept note makes detailed recommendations to the CDM Board to improve the CDM stakeholder consultation processes as well as consider proposals to address the human rights issues of registered CDM projects. In a previous meeting several members of the Board have heavily criticised recommendations to improve local stakeholder consultation rules that address these issues as complicating the CDM. Others have welcomed the changes as essential for improving the image of the CDM which has suffered as a result of being associated with projects related to human rights violations.

Commenting on the developments, Carbon Market Watch Director Eva Filzmoser said, “We applaud the bold move by the UNFCCC Secretariat to draw up detailed recommendations for implementing the Cancun Agreements to protect human rights despite the CDM Board’s continued resistance to adopt meaningful solutions to well documented shortcomings of the CDM.”

The comprehensive concept note was drawn up in response to several mandates and makes recommendations on the basis of analysis of how 46 randomly selected projects have applied the CDM rules in practice as well as analysis of more than 600 project comments received between 2010 and 2015. Key findings from this analysis include that there are no provisions to address comments on matters concerning human rights and negative environmental impacts and that no rules exist to monitor the status of commitments made prior to registration.

For example, the Sasan coal power plant in Singrauli, India, which was approved as a CDM project in 2010, claims that through its implementation, major pollutants would be reduced with positive effects for the local environment. The official project documents also state that an open consultation meeting took place with an overwhelmingly positive response for the project, including a “request for the implementation of another such project by Reliance Power, deploying supercritical technology as it would benefit them, being environmentally friendly, and would create several livelihood opportunities”.

“The Sasan project is the best example of a bad project when it comes to human rights, labour standards and environmental safeguards. There are cases of abductions and illegal arrests of people who opposed forced evictions, inadequate, or no compensation for people who lost their livelihood for the project, mistreatment of labour force at the plant and huge contribution of toxic pollutants to an area which is already highly polluted, putting a large number of people at health risk” commented Anuradha Munshi from the Bank Information Centre India. “It is not possible to understand the logic of a UN mechanism to approve such a project, blatantly ignoring the brutal reality”.

The new UNFCCC document analyses and compares existing safeguards and performance standards applied by multilateral development banks. It recommends that the Board considers establishing the means to focus on the prevention of human rights violations in the context of CDM project activities. This would be along similar lines to the safeguards applied by the Green Climate Fund and other multilateral institutions.

It also recommends a new mandate for the UNFCCC secretariat to interact with other UN agencies and special rapporteurs to ensure that any human rights issues reported to the Board in the context of particular CDM activities are actively shared with the relevant UN human rights agency.

The note concludes that the possible impacts on costs and the complexity of these changes are expected to be low and would notably not increase the transaction costs, except in cases where initial local stakeholder consultation rules were not carried out appropriately.
“The absence of an independent accountability mechanism puts the CDM significantly behind other multilateral and some bilateral financing institutions” commented Filzmoser, adding that, “To increase the credibility of the CDM as a viable climate finance instrument in the future, the CDM Board’s only sensible choice is to adopt rules that ensure that the CDM applies appropriate human rights standards in line with the most advanced relevant standards applicable to climate related programmes and projects.”

Background information for the 86th CDM Board meeting. Please see here and Annex 15 for the UNFCCC concept note

OPEN LETTER TO CDM BOARD 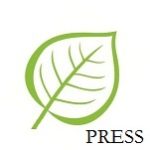