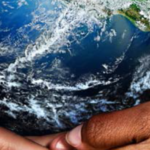 Last week in an event in the European Parliament, various stakeholders discussed experiences with existing climate mechanisms against the future climate finance policy landscape, where potentially huge amounts of climate finance will not only be channeled through the Green Climate Fund (GCF) but also through bilateral agreements and other instruments where it is still unclear what types of safeguards and compliance mechanisms will be applicable and how the respective public and private stakeholders involved will be accountable.

With this in mind, the debate in the European Parliament focused on sharing experiences with existing climate instruments, such as the Clean Development Mechanism (CDM), drawing lessons for the EU’s climate finance investment decisions for potentially similar projects in the future. For example, the Santa Rita hydroelectric dam in Guatemala, a Clean Development Mechanism (CDM) project co-funded by the Dutch and German development banks as well as by the World Bank was approved by the UN’s offsetting mechanism despite violent conflicts between the indigenous Q’eqchi ì and Poqomchí communities.

Given the involvement of various banks in the contested Santa Rita project, the experience of international financial institutions (IFIs) with implementing safeguards and compliance mechanisms was discussed. Participants also discussed the future climate finance policy landscape, where potentially huge amounts of climate finance will not only be channeled through the Green Climate Fund (GCF) but also through bilateral agreements and other instruments where it is still unclear what types of safeguards and compliance mechanisms are applicable and how the respective public and private stakeholders involved will be accountable.

Although the link between human rights and climate change is well recognized by UN human rights bodies, the EU – negotiating as one voice at international climate negotiations – has so far not been on the forefront to promote a human rights based approach or to operationalize existing obligations, e.g. by establishing an institutional safeguards system for all climate mitigation actions.

So far, only three European countries – France, Ireland and Sweden – have signed on to the “Geneva Pledge”, an initiative to better understand the connection between human rights and climate change, launched in the February 2015 intersession in Geneva.

In that context, the ongoing work to update the action plan of the EU Strategic Framework on Human Rights and Democracy provides a unique opportunity to advance the EU’s support for a human rights based approach in all its external actions, including climate measures. Ultimately, a human rights based approach must not only be enshrined in the Paris climate agreement but the EU must also show political willingness to operationalize these obligations in all existing and future climate measures. For more information, see an open letter sent to the EU’s Special Rapporteur on human rights on this issue.