Expectations for COP20 in Lima 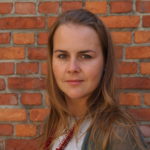 Success at the upcoming COP20 in Lima to establish the groundwork for a future climate treaty will largely depend on the willingness of rich nations to live up to their promises of delivering climate finance. With tangible commitments on climate action only expected throughout 2015, the challenge in Lima will be to establish necessary rules without having certainty of the level of ambition countries are prepared to make.

Filling up the Green Climate Fund

One of the key outcomes of COP19 in Warsaw was a deadline for countries to present how they intend to contribute to the global goal to combat climate change. Big expectations are looming for the announcement of concrete commitments on climate action in the first quarter of 2015. This means that COP20 will take place in limbo before key countries such as the US, China, Brazil and India have put their numbers on the table.

However, developing countries rightly keep insisting on an adequate amount of climate finance to be made available before any such commitments will be made. Despite the pledgee to deliver USD 100 billion a year by 2020, the Green Climate Fund has so far only seen USD 2.3 billion in pledges. Progress in Lima on a UN climate deal by 2015 will therefore strongly depend on finance by rich nations.

This uncertainty brings particular challenges as to how Lima can put rules in place without having certainty over the level of ambition that countries are prepared to make. Yet, some Parties, such as the European Union, the US, Canada and New Zealand have already made clear that they will want to use carbon markets to meet their commitments.

An important lesson learnt from the Kyoto Protocol needs to be kept in mind: When countries set their Kyoto targets, it was very well known that targets for economies in transition such as Russia and Ukraine were set so weak that they allowed them to significantly increase their emissions. However instead of increasing emissions, these countries accumulated billions of carbon credits, so called “hot air” that astronomically undermined the economic viability and the environmental integrity of international emission trading. A key issue for Lima and beyond will therefore be to learn from this lesson and ensure that only countries with stringent targets are able to participate in international carbon markets.  In other words, high level of ambition must be a core eligibility criteria if countries want to use markets to count towards their commitments.

Another key point will be to ensure that carbon markets do not lead to the possibility to count emission reductions twice – so called double counting. This can only be avoided by an all-encompassing international accounting framework that makes sure that each unit used in one place will not be used again – or even a third time! – in another country.

Accounting of emissions will clearly be a cornerstone of a future climate treaty and is hugely important, both for carbon market related developments as well as beyond carbon markets. For example non market approaches for the delivery on contributions in developing countries, e.g. as is foreseen for activities that protect forests (REDD+). Accounting rules are also needed for emissions from the land-use sector and to account for emissions reductions from nationally appropriate mitigation actions (NAMAs). The accounting framework not only needs to avoid double counting of emission reductions but also needs to ensure that emissions reductions from NAMAs that are used towards a country’s national contributions are not also counted towards finance commitments from a developed country. Finally, an international accounting framework also needs to take into account the emission reductions that are attributed to International Cooperative Initiatives (ICIs) that are established by countries to enhance their pre-2020 pledges outside the UNFCCC framework.

Lima will also continue to reform the Kyoto’s offsetting mechanisms Clean Development Mechanism (CDM) and Joint Implementation (JI). Although technical reforms are again on the agenda, progress is likely to go slow mainly because the uncertainty about future demand to prop up carbon prices injects little interest from developing countries to keep investing time and scarce human resources in further developing offsetting projects no-one is buying and because political willingness for thorough necessary reform remains low.

Last but not least, Lima will see an opportunity to address the social dimension of climate mitigation mechanisms. Several parallel processes on safeguards are currently under way and need to be urgently streamlined. These processes relate especially to establishing a grievance mechanism under the CDM, the implementation of the REDD+ safeguards information system (SIS) and the eligibility criteria for programmes to access climate finance through the Green Climate Fund.