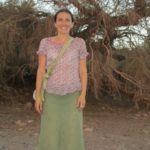 Local oppression of indigenous communities in the vicinities of the Santa Rita hydroelectric dam in Guatemala has not seen remedy of the situation after the project was registered by Clean Development Mechanism in June 2014. Despite the continued struggle the indigenous Q’eqchi´ and Poqomchí communities face, the project is becoming a showcase of the power of civil society.

The Clean Development Mechanism (CDM) project Santa Rita hydroelectric plant has been sparking a wave of criticism over violations of the local stakeholder consultation requirements and indigenous peoples’ rights over the past years. Since its registration in June 2014 the government strengthened the oppression against civil population. The project has a history of violence, brought forward not only by the affected communities, but acknowledged by international human rights bodies. A report of the UN High Commissioner for Human Rights noted the murders of these two children from the community opposed to the Santa Rita project. Also, after her visit to Guatemala last year, the IACHR’s Rapporteur on indigenous peoples’ rights recognized “that the current licenses for mining and hydroelectric plants were granted without the State having implemented prior, free, and informed consultation with affected indigenous communities, as it is obligated to do under international treaties signed by Guatemala”.

Santa Rita is a good example of CDM project going wrong, but it is at the same time a great example of civil society pooling strengths together to raise concerns and compel international bodies and financial institutions to adhere to their responsibilities and take action.

Faced with a flawed set of rules that does not provide a legal remedy, several civil society organisations rounded up and sent letters to relevant international bodies to call for an independent investigation of the case: Letters were sent to the United Nations Special Rapporteur on the Rights of Indigenous Peoples, Victoria Tauli-Corpuz, the Rapporteur on the Rights of Indigenous Peoples of the Inter-American Commission on Human Rights, Commissioner Rose Marie Belle Antoine, the Independent Expert on Human Rights and the Environment, John Knox, and the head of the Unit on Economic, Social and Cultural Rights of the IACHR, Commissioner Paulo Vannuchi.

Moreover, financial backing of the project is provided by a number of banks, which are supposed to adhere to their safeguard system. The story behind Santa Rita drew together several civil society organisations, content to alarm about the hefty misconduct around the project. Given the primary responsibility of investors to the project to know what is taking place in projects they fund, civil society organisations together approached investors from the Latin Renewables Infrastructure Fund, which has been used for the construction of Santa Rita Hydroelectric Plant. Accordingly, they reached out to the German development finance institution Deutsche Investitions (DEG), the Netherlands Development Finance Company (FMO), the International Finance Corporation (IFC) and the Swiss Investment Fund for Emerging Markets (SIFEM) managed by Obviam.

Keep up to date with developments on the campaign. Please email us if you’d like to learn more or get involved!