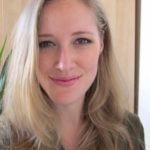 Climate Smart Agriculture, a concept promoted as part of a solution to climate change, has been at the heart of international and national debates on agricultural development in recent years. While many stakeholders push to link it to carbon markets, the arguments of inappropriateness of such system are gaining ground.

With agriculture being called on to address a variety of cutting issues, Climate Smart Agriculture (CSA) was devised to meet a triple challenge of achieving food security, adaption and mitigation by achieving sustainable increases of productivity, resilience to climate change and reduction or removal of greenhouse gas emissions. Since being presented by the Food and Agriculture Organization (FAO) in 2010, the concept has been receiving increasing attention around the globe. It is distinct in its way of not promoting a single specific agricultural practice, but endorsing practices and technologies suitable to specific local conditions. Such approach commands a deeply integrated manner of cooperation between different sectors and across agricultural sectors, with considerable input in knowledge, innovation systems, multi-stakeholder processes and capacity development to meet the multiple objectives.

This will be a challenging task, not only due to lack of tools and experience but also due to vague definition of the concept itself. Though firm in its set of objectives and approaches, CSA doesn’t exclude any practice as long as it contributes to soil carbon sequestration. This leaves space for interpretation and application of practices which might be at odds with the goal of sustainable agriculture, such as GMOs, pesticides, fertilizers, and so forth. Apart from environmental consequences, these practices increase farmers’ dependence on outside resources; a big challenge they’ve already been struggling with. Furthermore, site-specific assessments to identify suitable agricultural practice and technology, is crucial but has not always been proven successful.

The World Bank and FAO strongly advocate for mitigation by linking CSA to developing soil carbon markets. They asses that financially incentivising practices that sequester carbon in soils would provide the necessary investments in agricultural development and bring the “triple” win for food security, climate adaptation and mitigation. They are supported by number or stakeholders, including NGOs, project developers, management, advisory companies and technical consultants which attempt to potentially include agriculture as a new sector into the Clean Development Mechanism.

However, several challenges are tied to enforcing carbon finance schemes within CSA. Many neglect the low demand of such credits. Carbon markets are in a downturn, and with little indication that demand for soil carbon will grow, projects will have unreliable finance. Moreover, carbon projects take several years before generating carbon credits, making it highly challenging to find investors for pre-financing the running of the projects, given that farmers are expected to have negative income for the first five years after adopting CSA practice. The returns for farmers from carbon offsetting are very poor; a pilot project supported by World Bank in Kenya yearly generates between $5 and $1 per farmer. Additional concerns emerge with uncertainty and costliness of measuring and verifying the amounts of sequestered carbon. Allies such as CGIAR (Consultative Group on International Agricultural Research) Research Program on Climate Change, Agriculture and Food Security and FAO are trying to get around this challenge by developing simplified methodologies for carbon accounting. Although the World Bank, FAO and many others acknowledge these challenges and question the benefits carbon markets are to bring for smallholders, they endorse market-based sequestration within CSA.

Prioritizing mitigation can be a big burden for communities in the developing world, especially since agriculture soil carbon projects require a great number of farmers to aggregate into a single scheme to provide a larger ’carbon pool’, which is likely to create social conflicts, violation of land tenures and a possible shift in food production in order to accumulate carbon sinks.

Without providing new solutions, the many worrying aspects of packaging CSA with carbon markets will essentially harm the smallholders’ livelihoods by turning their farms into carbon sinks and violating their social and environmental integrity. This is a lot to take on for the poor communities of the developing world in order to mitigate developed countries emissions.