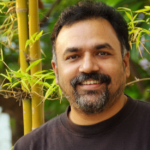 Revisiting villages where JK Paper mill is supposedly implementing its Afforestation and Reforestation CDM project has reinforced my belief that such projects are utter failures, at least for the people who are supposed to be beneficiaries; and for the cause of ‘climate mitigation’ for which these are designed.

In October 2010, when we visited the Kauguda village in a very remote location of Odisha in India, I found how a lot of small and marginal farmers – who had been depending on the subsistence agriculture – had fallen prey to an elusive design of development called the ‘eucalyptus plantation’ all in the name of promoting a Clean Development Mechanism (CDM) Afforestation and Reforestation project by JK Paper Mills. I just returned from a fresh visit to the same villages and found that the situation has not changed much. Commercial monoculture for profit of the company has encroached upon the natural farms, farmers have been indebted to loans which they are unable to repay and despite of tall claims in the CDM project documents, there seems to be no people’s participation in the project’s process.

The specific objectives of the project include pilot reforestation activities for high-quality greenhouse gas removal by sinks, which can be measured, monitored, and verified; developing plantation and agro-forestry models, which can provide multiple benefits to farmers in terms of timber, firewood, and non-wood forest products; providing additional income to promote livelihoods to resource-poor farmers through carbon revenues; and so on – all of which was going to make it an ideal CDM project. Nevertheless, a letter of Veda Climate Change solutions limited addressed to World Bank President in 2012 shows there was no carbon revenue earned till then.

Already in 2010, we found how poor farmers had to abandon their farm lands and were forced to migrate out in search of jobs outside as their eucalyptus crops failed and they had no means to repay the loans. Also, we were informed about how the company’s miracle seedlings had failed to deliver and the company never came to rescue of the poor farmers despite promise. The recent visit to five villages, where the project is being implemented, confirmed existence of same problems.

The misery remains the same, but have the carbon credits, the company has supposedly accrued, benefited the project participants? We found traces of three payments by cheques made to three farmers – one big farmer and two small ones. The big farmer got three thousand Indian rupees (which is approximately 50 USD) last year. One of the small farmers got the same amount, while the other one got two thousand Indian rupees (approximately 33/34 USD). However, the cheque for one of the small farmers bounced and he is yet to get it back.

Company officials came and handed over this cheque saying ‘World Bank gave us this money for our good work of planting eucalyptus trees.’ There does not seem to be clarity about how the money for the roughly 80.000 carbon credits received so far has been distributed. The farmers do not know what exactly the money, they received is and more importantly, why some of them received it while others who are involved in the same plantation practices did not. This clearly indicates that either there was no public consultation or there was no clear explanation given to people about the CDM project and how they are to benefit from it.

Concluding, we can say that a benefit here and there to farmers has not been able to heal the loss small farmers have made by shifting to ‘commercial monoculture’ for the company.

This project continues to be a faulty one, promoting commercial monoculture for a company’s profit by marginalising the poor farmers. The fact is that there is no mechanism for the victims to approach if there is injustice done to them. In cases such as this, the CDM mechanism should have a system to revoke projects.

National governments in the European Union are botching their planning of carbon removals. This lack of strategic thinking and focus on false