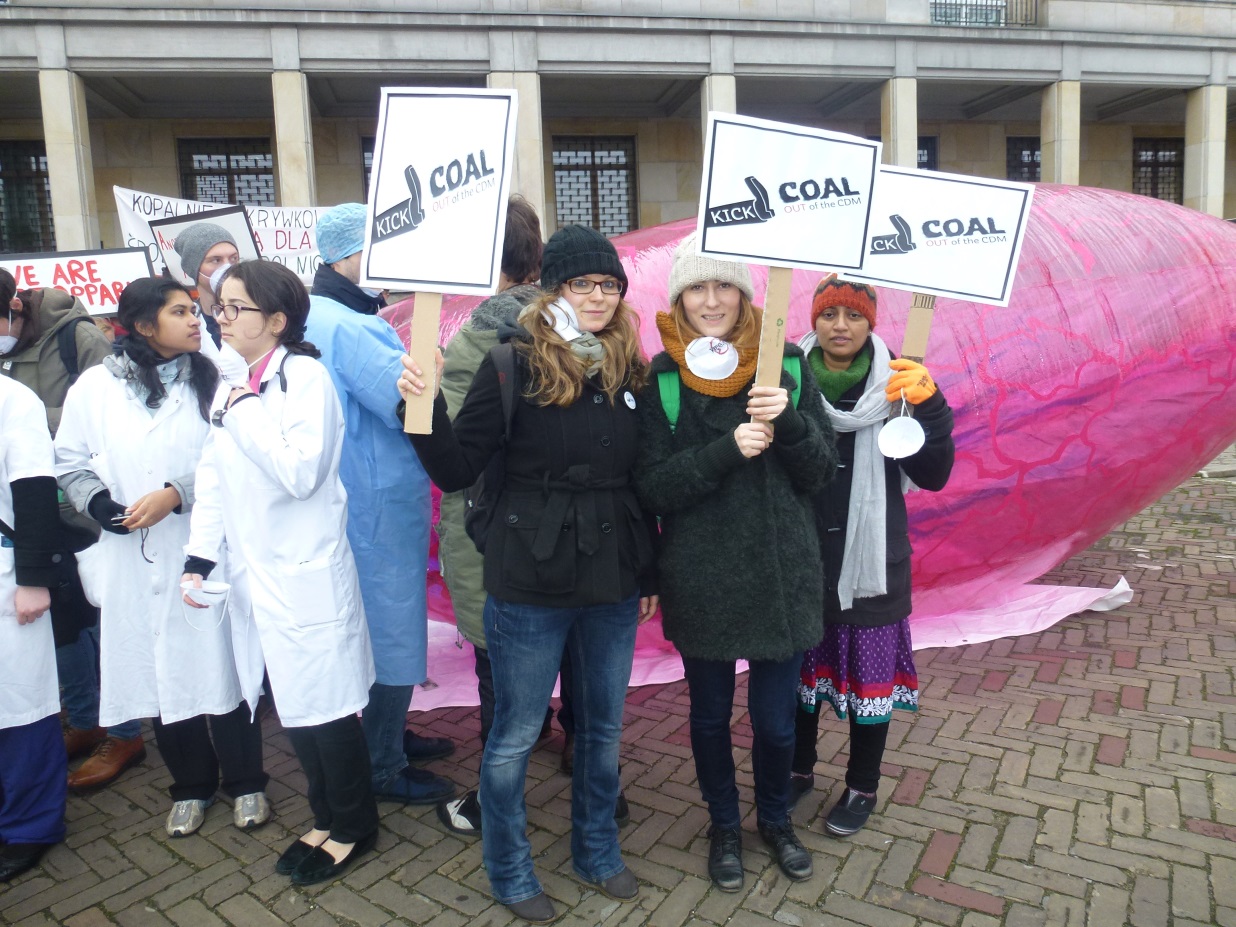 The goal of staying within the 2 degrees carbon budget is highly incompatible with Polish and other European nations’ energy plans to burn more coal for meeting energy needs.

Alongside this, Carbon Market Watch was also raising the issue of climate finance for coal power plants under the Clean Development Mechanism (CDM).  The CDM was designed to bring clean and sustainable development to poor countries while enabling rich countries to achieve emissions reductions cost effectively. But in practice, the CDM allows new coal power plants to earn tradable emission credits for claimed improvements in power plant efficiency. This is unacceptable for several reasons:

Shopping cart for anything goes (SCAG)

At a workshop in June, the UNFCCC Secretariat had the glorious idea that maybe it would move things along more swiftly if we came up with a new name for the so called FVA- the Framework for Various Approaches. The FVA is supposed to be an umbrella for markets but maybe also non-markets and maybe also other schemes that produce some kind of unit that can be sold to other countries for compliance with their climate commitments.

How about SCAG – Shopping Cart for Anything Goes. Not that we like a SCAG but it sure looks like one right now.

But things are not really moving. So far, countries have not even been able to agree on the scope of the FVA. Despite the utter lack of clarity on what the purpose of an FVA should be Poland has been pushing hard, even before this COP started, to establish a pilot phase under the FVA. Now, unfortunately, if it’s coming from Poland it’s got to be bad news.

Why would Poland push for establishing an FVA? Do they want to somehow revive their AAUs?

Since arriving in Warsaw, the FVA pilot phase has magically been transformed into an information platform. So now many countries are gung-ho about such an information sharing platform. But what information would countries actually share, given that neither scope nor purpose of the FVA have been decided and given there is little appetite for any kind of carbon market units?

One of the main arguments in favour of market mechanisms has been that they create an incentive for countries to take on higher targets than they would otherwise. But to date carbon markets have not incentivised countries to take on adequate commitments. On the contrary, markets are severely oversupplied. Countries could buy millions of carbon credits for some pocket change but they don’t and they are also not raising their pledges. No, even worse, some of them are weakening them.

Some of the very same countries that have been pushing for more carbon markets are the ones who have the measliest pledges. Japan for example, so proud of their home-grown Joint Crediting Mechanism and a proponent of the FVA, just announced that well, sorry, we just can’t be bothered with that mitigation business after all.

May we remind all of the enthusiastic carbon market proponents that only if there is sufficient demand can markets function. Establishing an FVA would clearly be premature should it precede clear and ambitious mitigation commitments from Parties.

For the next two weeks, countries around the world are meeting here in Warsaw for the 19th time to negotiate how the world can stabilize greenhouse gases so to keep global warming below 2 degrees Celsius.

Not an easy goal to start with but all the harder to achieve in a country that is dominated by coal power.  Inconceivably, Poland, the host country of this year’s COP19 has organized an International Coal & Climate Summit where world’s largest coal producing companies are discussing the role of coal in the global economy. The Coal summit happens at the same time as countries are trying to negotiate a new climate deal that would start in 2020 and be finalized in 2015.

At the same time, as the host of the COP19, Poland holds the presidency of these important climate negotiations. The Polish COP Presidency has stated at several occasions that they would like to see progress on the so called Framework for Various Approaches (FVA). If established, this framework would allow countries to trade market units for compliance with their climate commitments under the UNFCCC.  Although there is little agreement on any of the key features of this framework, the idea of this global carbon market framework has been promoted widely by several Parties.

Some countries, most notably Poland, has been advocating establishing a pilot phase for the FVA. This would enable the international trade of carbon market units for compliance with climate targets. Countries participating in such a pilot FVA would be able to claim benefits for early actions pre-2020 under the new post 2020 climate treaty, for example in the form of receiving reduction units which they could use for compliance under the new climate regime. This would set a dangerous precedent because it would potentially open doors to create even more hot air than we already have. Ultimately, such a pilot phase would effectively risk the integrity of a future climate deal. For more information on the FVA, see our policy brief “Herding the global carbon market cats: recommendations for the negotiations of the framework on various approaches”.

While keeping our eyes on the FVA in Warsaw, we’ll be advocating strongly for the exclusion of coal power from the CDM. The CDM’s reputation has suffered so severely that policy makers have started to reconsider whether the construction of new coal fire power plants should be financed through the CDM. Way to go!

Moreover, as the CDM project Barro Blanco in this Watch This! edition shows, there is urgent need to establish safeguards to protect local communities from negative impacts during the implementation of CDM projects. Safeguards will be relevant beyond the CDM and will become an essential element for all future climate mitigation mechanisms, such as projects financed by the Green Climate Fund, REDD projects or NAMAs.