Agricultural emissions have been a source of intense debates in the UNFCCC since Copenhagen COP 15. Developed countries see it as huge potential for mitigation and some aim at using agricultural emission reductions as offsets. It is also alleged that 90% of the mitigation potential lies in soil carbon sequestration and mostly in developing countries. That gives rise to a potential danger of brining soil into carbon markets.

A number of developed countries led by US, Australia, Canada and New Zealand and premier agricultural and research institutions believe that agriculture has a huge mitigation potential, which must be explored. Developing countries insist that farmers need adaptation support rather than burden of mitigation.

What has been the experience of farmers in soil carbon projects?
Promoters of soil carbon sequestration (including WB, UNDP, IFAD, FAO and many international NGOs) have touted soil carbon sequestration as triple win solution to address agricultural emissions, food security, and enhanced income for farmers. Some pilot projects in Kenya, Ghana, Uganda, Ethiopia etc have fared poorly. Financial benefits to individual farmers have been meager (US$ 4 per ha per year) and they have also failed to manifest emission reduction and enhanced food security benefits. Read CGIAR policy brief here. 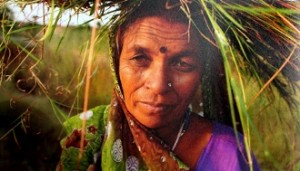 Why soil carbon markets are dangerous for small farmers
The pressure to reduce emissions from soil will add to the burden of adaptation that small farmers have to face. Small farmers compose 83% of the farming community in India holding an average 1.41 ha of land. A rush to reduce emissions will essentially result in farmers being congregated and agricultural operations being taken over by non-farmers with primary objective of reducing emissions will be a big threat to farmer’s sovereignty, their choice and means of production. Small farmers and farmers’ cooperatives will be pitted precariously against these forces. The situation of small farmers in Africa and Latin American countries is no different.

What is the financial and technical viability of soil carbon markets?
Developing countries see soil carbon markets as an opportunity to get investment in agriculture. However, that is extremely unlikely to happen. The FAO estimates that some 17 billion Euro will have to be invested till 2030 to set up an effective soil carbon market. Due to impermanence the price of soil carbon is extremely low making soil carbon market highly unviable. Looking at the current rock-bottom prices for carbon, the proposition therefore looks unlikely. Besides, soil carbon is a highly localized function depending on the nature and texture of soil, which presents challenges in measurement, reduction and verification. Scientists also suggest that with time soils also tend to absorb less carbon. Therefore, technically speaking the scientific knowledge and methodology for soil carbon sequestration is still at best, premature.

What happened at Bonn SBSTA 38
Climate change negotiations post Copenhagen gave a mandate to the Subsidiary Body on Scientific and Technological Advice (SBSTA) to explore adoption of a work programme on agriculture. To date SBSTA has not been able to reach a consensus. In Bonn at SBSTA’s 38th session, developing countries insisted that further discussion be premised on three pillars of common but differentiated responsibility (CBDR), adaptation and means of implementation. Parties agreed to a submission process, followed by workshop to be held at SBSTA 39 at COP 19 and consideration of the report at SBSTA 40.

What needs to be done
Agricultural emissions are definitely a cause of concern for the global community. It would be worthwhile to mention that estimation of emissions in agriculture does not include much of primary energy used in agriculture and food production systems, intensive fertilizer and pesticide production, and off-farm (farm to consumer) energy use. If these were added, developed countries will stand with much higher emissions than they are right now. A distinction needs to be created between essential emissions in developing countries and luxury or lifestyle emissions in developed countries. Developed countries, technically and financially equipped, should lead the way rather than pushing the burden on poor farmers. A lot of scientific and research work unequivocally suggest that agro ecological approaches including mixed and integrated farming and family farming (in sharp contrast to industrial agriculture) is the only way to sustain food production, soil quality and reduce emissions. Farmers in poor and developing countries need immediate adequate, additional and predictable financial support, technology and capacity building. Any delay will make the task of sustaining food production systems more unviable.

Read more from Watch This! NGO Voices on Carbon Markets #5