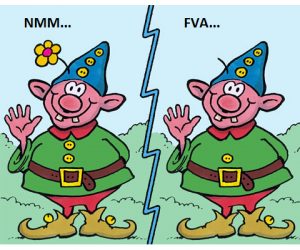 Despite severely over-supplied carbon markets and missing mitigation commitments by countries around the world to set the world on a low-emission pathway, countries are developing a work programme to implement New Market Mechanisms and a so called Framework for Various Approaches. Needless to say, focusing on the creation of additional carbon credit supply without the political will to increase climate targets doesn’t make sense.

At COP-17 in December 2011, Parties decided that a New Market Mechanism (NMM) should be established under the UNFCCC to complement the Clean Development Mechanism (CDM) and Joint Implementation (JI). Parties also decided a Framework for Various Approaches (FVA) should be created to set some type of common rules for new regional carbon markets. The more recent COP-18 Doha meetings didn’t bring much clarity to what such a framework would actually entail but they did conclude clarity was lacking nonetheless. With that, parties in Doha decided to establish a work programme inter alia to address the purpose of the FVA whereupon the decision on how to implement it would be made at COP-19. More details were also reviewed on how to apply NMMs, establishing what rules to follow for delivering real, permanent, additional, and verified mitigation outcomes, avoiding double counting of mitigation effort and achieving a net decrease and/or avoidance of greenhouse gas emissions (GHG). These details will now be further fleshed out and agreed upon at COP-19. For a detailed analysis of the COP-18 outcome see here.

At first sight it is difficult to distinguish the difference between the NMM and the FVA. However, the purpose for the FVA is widely understood as the “glue” between different market mechanisms, like NMM, that should make credits fungible and therefore tradable. This is important because new regional carbon market schemes are being developed in several places, including Japan, California and China. If emission credits from such different systems are to be used internationally, common rules need to be established to ensure environmental integrity. It is, for example, vital that offsets from such systems are not double counted. Quality requirements must be stringent because otherwise the cheapest, least stringent offsets will have a market advantage over higher quality offsets.

Another important question relates to the governance system. Some countries, such as Japan, the US, New Zealand and others, argue an FVA needs very “flexible” rules, allowing countries to make their own decisions on what sectors to include, how to set baselines and additionality rules and to allow each host country to issue credits. JI track 1 shows us how such a system would probably look like and what impact it would have (see article on JI). Such a lenient approach would likely lead to the issuance of a large number of credits with very limited environmental integrity.

There are other countries that are calling for international rules and oversight of the FVA to ensure quality. Such a top-down approach is not very different from the NMM suggested by the European Union and others. Those countries that advocate the NMM are calling for a CDM-like governance structure and tight rules to ensure it will not serve to increase the already huge supply of carbon credits on the market with very limited climate value.

So do we really need both an FVA and an NMM? What use can these have in a world where countries refuse to increase their emission reduction pledges and markets are already severely oversupplied with credits from the CDM and JI? Current offset prices are below 0.20 EURO and are likely to remain at such low levels until 2020. Which countries would be willing to host the NMM under such new stringent rules if these dire market conditions remain unchanged anyhow? And which country would want to buy credits from a new system if cheap Kyoto units are already available?

Carbon Market Watch remains puzzled why the EU would push for an NMM when its own EU-ETS is severely oversupplied. The argument that such a NMM would lead emerging economies to take binding targets seems to be a vain hope. The countries that are developing regional and bilateral carbon markets seem mostly interested in doing so on their own terms and have little interest to comply with stringent UN rules. The likelihood that countries will agree on stringent rules for an FVA is therefore low.