How the EU ETS can incentivize cement’s low-carbon transition

On 14 February 2017, the plenary of the European Parliament will vote on the revision of the EU Emissions Trading System (EU ETS) for the 2021-2030 period. Members will vote on the report of the environment committee (ENVI) which was adopted in December 2016.  A key element of the compromise reached between all major political groups in ENVI is the introduction of a mechanism that requires importers of cement and clinker to also pay for their pollution, while ensuring that carbon costs are reflected in material prices.

What are the problems with the current system?

What is the ENVI proposal for the cement sector?

The ENVI committee decided to protect the European cement sector from unfair competition by ensuring cement importers pay for their emissions, thereby creating a level playing field. Free allocation will end as domestic cement producers and foreign importers will be subject to the same carbon price. Before setting up the import inclusion scheme (or: border adjustment measure), the Commission is required to carry out an impact assessment including a feasibility study and ensure the scheme is fully compliant with WTO rules.

Will the proposal result in job losses in the cement sector?

A study by Boston Consulting Group, which was commissioned by cement association CEMBUREAU in 2011, concluded that an import inclusion scheme and full auctioning can “be beneficial for the cement industry”. This is the reason why CEMBUREAU in 2013 supported such a mechanism as a replacement for free allocation (see here). As European cement production is less efficient than elsewhere in the world, the industry must innovate to survive. A carbon price on cement will make new technologies competitive and incentivize investments in the sector.

Is an import inclusion scheme WTO-compatible?

Yes – with the right design criteria, an import inclusion scheme is perfectly compatible with WTO-rules, since domestic and foreign producers are subject to the same carbon price (e.g. it is non-discriminatory).

Will there be distortion between sectors?

Steel and cement markets are generally distinct and only overlap in 5-10% of structural elements in the construction sector. Steel and cement are complementary materials and mostly used together, and there is rarely a clear choice between one or the other.

Is it unfair to pick one sector?

The objective of the EU ETS is to pass the carbon price to the economy to promote low-carbon investments (polluter pays principle). Free allocation is a temporary derogation to this principle to avoid ‘carbon leakage’. The power sector has already stopped receiving free allowances since 2013 for example. Studies have shown that the cement sector mostly operates in local markets and that an import inclusion scheme is a better way to protect the sector than free allocation. 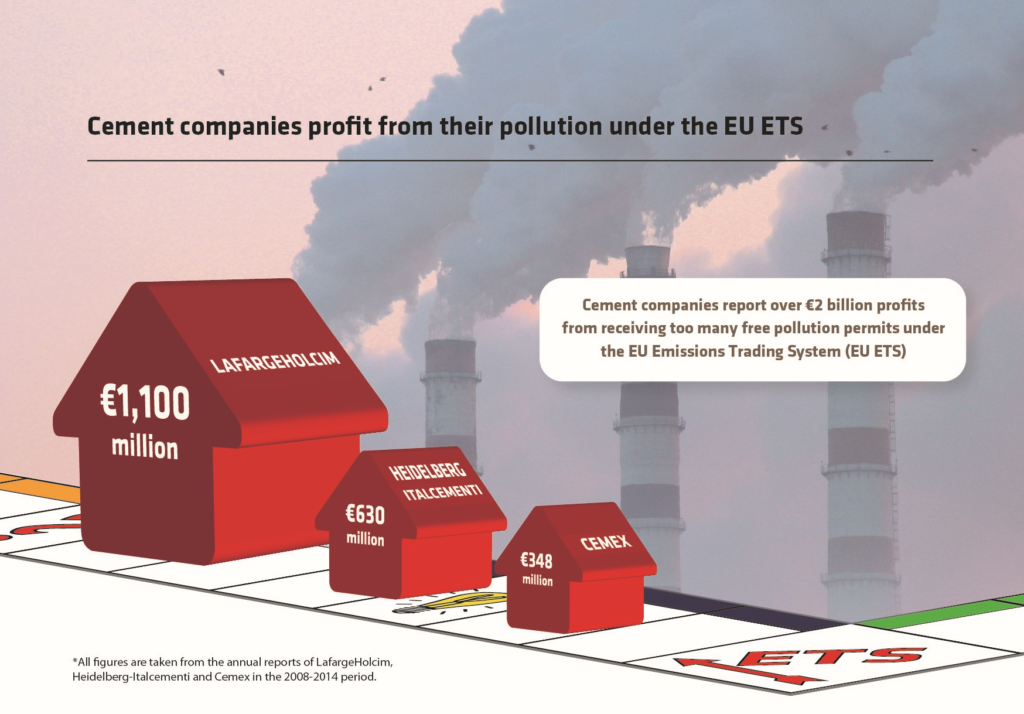