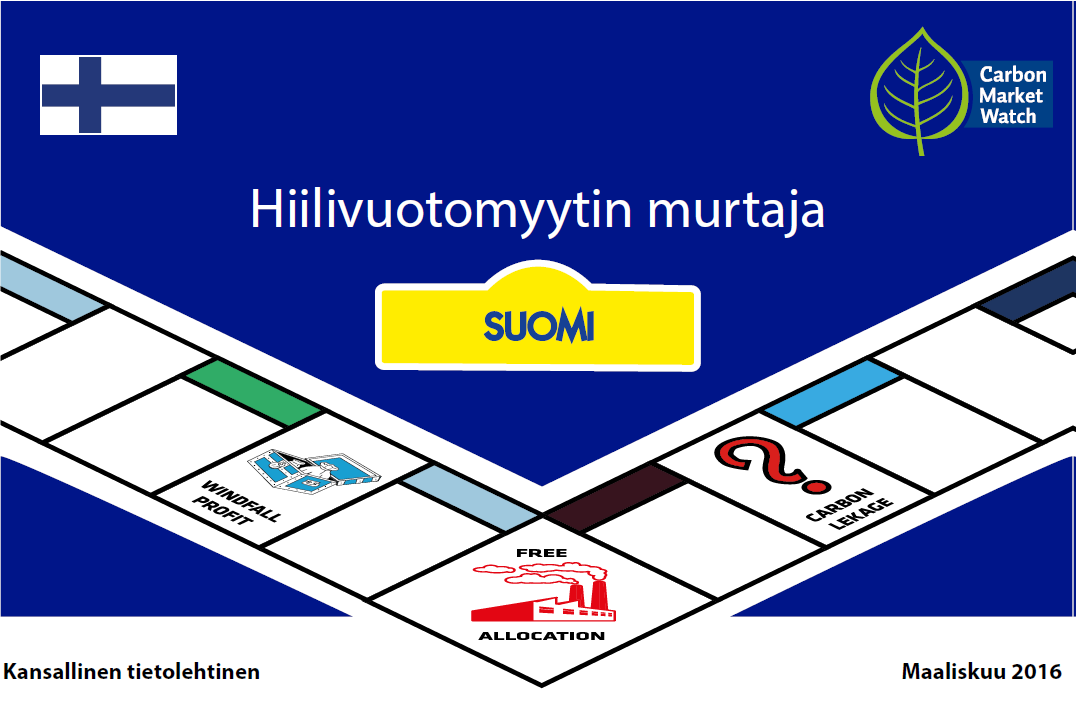 This policy brief interprets the findings of a new study by CE Delft that shows how energy-intensive companies in Finland have massively profited from their pollution to the count of €481 million because they are deemed to be at risk of “carbon leakage”. “Carbon leakage” refers to a hypothetical situation where companies transfer production to countries with weaker climate policies in order to lower their costs. Under the current EU Emissions Trading System (EU ETS) rules, industrial companies that are believed to be at risk of “carbon leakage” are awarded free pollution permits. 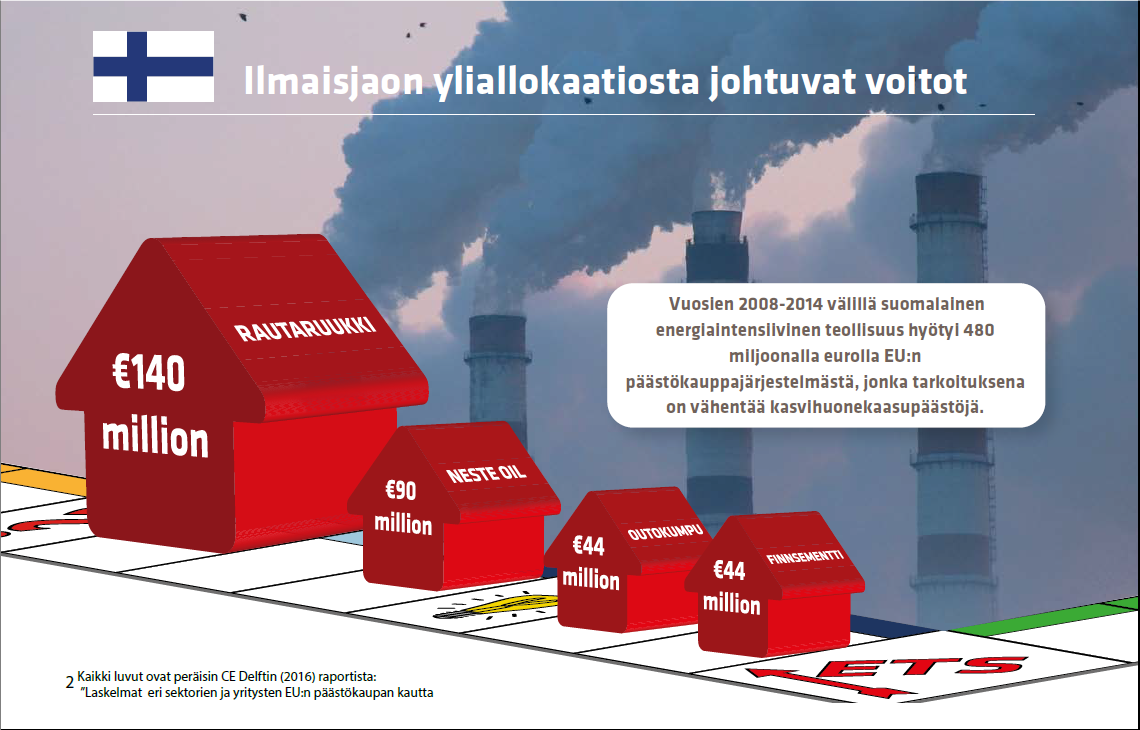