Home » Publications » Analysis: The impact of the Paris agreement on the EU’s climate policies

Analysis: The impact of the Paris agreement on the EU’s climate policies 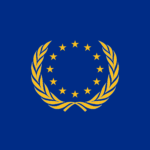 Last December in Paris, a global climate deal was adopted in which all countries have agreed to take action on climate change. Ahead of the climate summit, almost 190 countries representing over 90% of global greenhouse gas emissions registered their climate commitments. Europe, which long thought of itself as the lone wolf in tackling climate change, is therefore no longer going it alone.

The Paris agreement marks a major step forward to averting climate catastrophe. But as we are heading to a 3 degrees warmer world, far from the agreed 1.5°C goal, we simply cannot afford to sit still. Now is the time to turn the global climate deal into a springboard for more climate action worldwide.

Since European diplomacy was of paramount importance in establishing a “High Ambition Coalition” of countries, this momentum for “high ambition” also needs to be translated into decisive domestic climate actions. In the words of Climate Commissioner Canete: “Today we celebrate. Tomorrow we have to act.”