Home » Publications » Letter to Commissioner Arias Cañete in view of European Commission consultation on Land Use, Land Use Change and Forestry (LULUCF) 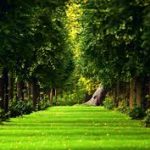 The European Commission has consulted stakeholders about the role the EU’s land and forests should play in its 2030 Climate and Energy Framework. With this letter, the undersigned organisations are registering their views and state that Option 1 (LULUCF pillar), is their preferred option since it is the only one that could uphold the environmental and social integrity of the EU’s target. They call on the EU to have a clear position ahead of Paris on the need for two distinct global goals, one for LULUCF and another for other emissions, including non CO2 emissions from agriculture.