Four reasons why only new, good (!) projects should be funded under Article 6 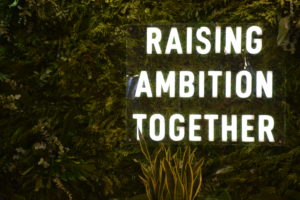 Starting today and continuing over the coming days, we’ll break the issue down into four key elements that could make or break the future carbon market schemes.

One of the thorniest issues is the question of whether or not the old credits from the Kyoto Protocol mechanisms, including the Clean Development Mechanism (CDM), should be allowed into the Paris Agreement.

The EU and others such as island and vulnerable countries want to prevent this, but countries like Brazil, which hold vast amounts of the credits, are digging in their heels. They want to be able to keep selling these credits – regardless of the risks that this poses on the environmental integrity of future markets.

Below are four reasons why this would be a horrible idea.

1. They would create a massive oversupply of carbon credits, most of which have no environmental value

More than 19 billion old carbon credits could flood the market after 2020 unless restrictions are applied to what is allowed in.

Every single credit transitioned into the Paris Agreement could mean one more tonne of CO2e after 2020. At a time when all countries, in particular, major emitters, must increase their climate ambition, this would move us in the wrong direction.

2. They would weaken the already useless national climate pledges

As we very well know, national pledges under the Paris Agreement are nowhere near ambitious enough to keep global warming at 1.5 degrees Celsius.

Now imagine that countries that already are not sufficiently reducing emissions at home, buy credits from others for 0.20 € per tonne to compensate for their pollution? It would hardly be in line with the Paris Agreement spirit of increased ambition. No, it would further weaken the already too low targets.

3. It would mean throwing money at projects that don’t need it…

Around 80% of the CDM projects are expected to continue their activities in the future regardless of whether they can sell credits or not.

Basically, you’d think that you’re buying new emission reductions when in fact you’re just giving money for projects that started years ago and don’t actually need the financial support to continue their activity.

4. …and potentially infringe on human rights

The CDM has been linked to human rights violations and environmental destruction. Climate action is about people. Therefore, climate action that harms people and the environment – simply doesn’t make sense.

If you haven’t yet, watch the short film “Barro Blanco – not an exceptional case” that you’ll find in the video section of this blog. Barro Blanco was meant to produce carbon credits under the Kyoto Protocol. It ended up destroying the environment and stripping local communities off their basic rights.

It’s crucial that governments get the market provisions right. This means that we have to start fresh and stop old credits from undermining the new climate regime.