The US President’s  withdrawal from international efforts to fight climate change casts a shadow over the future of climate finance. Some EU countries, cities and states within the US have already stepped forward, but more is needed from countries around the world to fill the gap.

On 1 June 2017, Donald Trump announced the US withdrawal from the Paris Agreement, arguing that the climate deal puts an unfair financial burden on the US taxpayers and brings economic disadvantages to the country.

Considering the concerted efforts of his predecessor President Obama to make the Paris Agreement a success, the long expected U-turn was regardless a grave disappointment. US emissions have been dropping rapidly and it is a question to what extent the US’s pledge under the Paris Agreement is better than business as usual. However, particular concern should be paid to what the US’ withdrawal means for the mobilization of climate finance to help developing countries adapt to the effects of climate change and shift to a low-carbon economy.

One of the richest countries can afford to contribute more

The US is currently the world’s second largest greenhouse gas emitter, and historically has been responsible for the majority of all emissions that has led to the current climate change trend. It is also one of the richest economies in the world and is well positioned to contribute to global finance measures, not least to promote technology transfer and to showcase American clean tech innovation and know-how.

In 2009, developed countries, including the US, committed to mobilise 100 billion USD of climate finance annually from 2020. The Green Climate Fund (GCF) was established in 2010 with the goal of generating new financial resources for developing countries to enable a transition to climate resilient low-carbon societies. Though not directly earmarked for the GCF, the 100 billion climate finance pledge by developed countries  was reaffirmed in 2015. This finance is to “come from a wide variety of sources, public and private, bilateral and multilateral, including alternative sources”. 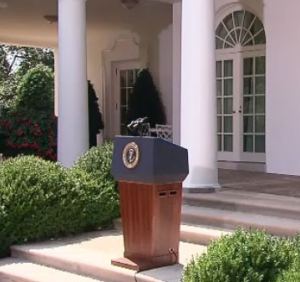 Contrary to Trump’s speech, a country’s pledge under the Paris Agreement or “nationally determined contribution” (NDC) is not “costing the United States a vast fortune” and there is no direct requirement to contribute to the Green Climate Fund. As a percentage of GDP, and on a per capita basis the US lags behind many rich countries in terms of climate finance. Even some middle income countries have already contributed to the UN fund.

Though clearly not the only channel for climate finance, the Green Climate Fund is a prominent and important one. As of June 2017, the GCF has raised 10.3 billion USD from 43 state governments. The US, under President Obama has pledged 3 billion USD of which 1 billion was actually delivered.

We now need  leadership to accomplish the goals of the Paris Agreement including for climate finance. Many have already come forward. A number of US States and cities have already pledged that they will continue reducing their emissions and shifting to renewable energy – Seattle, a city on the US west coast has already decided to directly contribute to the Green Climate Fund. A number of other US cities and states are also considering the idea.

This is a step in the right direction, but we need more and fast. Opening the GCF for more contributions by others, including individuals, companies, philanthropies, cities and states can help further. Carbon pricing measures can also serve as vehicles for climate finance mobilisation. For example, earmarking of carbon taxes or auction revenues from systems such as the EU’s internal carbon market, can be effective in delivering additional sources of climate finance domestically and abroad.

It is also not just the GCF that will need funding, for example the US finances significant portions of the international body for climate change science, the IPCC and the UN climate body, UNFCCC. The Netherlands has announced that it will double its own contribution to the IPCC and calls on the EU to fill the gap left by the US.

by Aki Kachi and Juliane Voigt 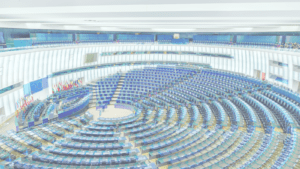 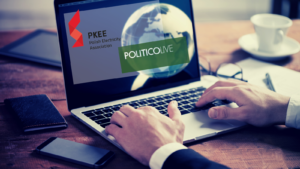