Despite the political uncertainties around US’ participation in the Paris Agreement, technical negotiations on how to implement the landmark climate deal, including through carbon markets, continued at the UN Climate Conference earlier this month. While delegations underlined continued commitment to the Paris Agreement goals, little progress was made on the Article 6. 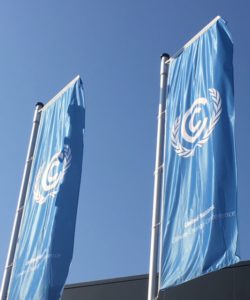 Disagreements over the role of forests and multilateral oversight

Classic divides between negotiating blocks that have existed for years persist. The Umbrella Group of countries including New Zealand, Japan, Canada, and the US continue to resist multilateral rules and oversight, especially for cooperative approaches under Article 6.2. Others call for more oversight and a more centralized system citing risks to environmental integrity.

Other disagreements loom over the role of REDD (reducing emissions from deforestation and forest degradation), and the relation of cooperative approaches, the Sustainable Development Mechanism, and non-markets to each other and to other parts of the Paris Agreement.

To the dismay of civil society observers, the negotiations on the Paris Agreement market mechanisms -as part of Article 6-  were held behind closed doors as a roundtable meeting for negotiators only without any public concrete outcome.

Well into the second week, negotiators compiled a list of issue headings which can serve as the basis for submissions, but which some were adamant to make sure have no official standing. Article 6 discussions will start again with a new round of submissions, and another roundtable during the next session in November.

It is somewhat unclear to what extent accounting for transfers can be done robustly to guarantee environmental integrity and avoid double counting given the diversity of national climate pledges and the ongoing discussions on features of these pledges.

Some negotiators have started to question if rules for markets will, can, or must progress at the same time as other issues to be finalized and adopted at the climate conference COP 24 in 2018.

At the same time, rules for the aviation sector’s future offsetting scheme CORSIA and its implementation are on a similar timeline. If CORSIA is to have any clear climate benefit, its accounting rules must be harmonised on time before the scheme enters into force in 2021.

Parties also continued with another round of talks on the review of the modalities and procedures of the Clean Development Mechanism (CDM). While they agree that the review should close, the question of how this should be done is still a very contentious issue.

Many want to close the review simply including reflections on those issues they made progress on – namely the role of Designated National Authorities (DNAs) and Programmes of Activities (PoAs). But Saint Lucia on behalf of Alliance of Small Island States (AOSIS) and the EU also want unresolved issues reflected in any closure, which is opposed by other Parties.

AOSIS and the EU are adamant that such a list must make reference to double counting, net mitigation, environmental integrity and the need to establish a grievance mechanism.

How the review will be closed is important since the experience with the CDM will inform how the future climate scheme SDM will work and be governed.

However, because of the absence of agreement and with very little willingness to compromise, the review will continue at the next Conference of the Parties in November 2017 in Bonn.