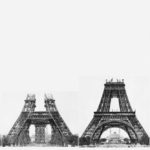 Despite seemingly genuine fears amongst some negotiators that the role of carbon markets might not be mentioned in the final agreement, the Paris treaty created two different frameworks for market approaches that will be developed in detail over the next years.

Parties put aside opposing views on markets to create new (non) market frameworks that accommodated all 195 countries. The result was Article 6 that creates the following three frameworks: i) one for cooperative approaches to allow the linking of emissions trading systems, ii) one for a new “mechanism to contribute to the mitigation of greenhouse gas emissions and support sustainable development” to replace the Kyoto’s flexible mechanisms, and iii) one non-market mechanism to promote “integrated, holistic and balanced non-market approaches”.

The text proposes that countries can use and transfer “mitigation outcomes” to other countries, which opens the door to the linking of Emissions Trading Systems. The accounting rules for such transfers will be developed in the coming years and will include guidance on how to avoid double-counting of emission reductions. The Agreement also obliges countries to promote environmental integrity, which suggests that the markets will have to consider wider social and environmental factors other than just the amount of carbon being traded. There is also a requirement that Parties pursue domestic climate measures to achieve their targets, thereby limiting the amount of international carbon credits that can be used.

Similar to the establishment of the UN’s carbon offsetting mechanism Clean Development Mechanism (CDM) in Kyoto, the Paris climate deal established a new mechanism, entitled ‘mechanism to contribute to the mitigation of greenhouse gas emissions and support sustainable development’. Many key elements will be defined in the future, including what defines sustainable development, how to deliver net mitigation, moving beyond projects to broader policies and measures, and how double counting is to be avoided. Rules will also need to be established for transparent governance, and to ensure robust and verifiable accounting. All countries will be able to generate and/ or use these offset credits, meaning that developed countries will compete with developing countries for the investment in mitigation activities. Since so much remains to be agreed on, its value in limiting warming to 1.5ºC can only be understood once more details have been negotiated.

The third framework established in the Paris treaty is a non-market framework to support sustainable development. It has great promise as a channel for climate finance in a manner that is measurable, reportable and verifiable (MRV). It also creates a potential framework for technology transfer, both for solutions related to mitigation and adaptation. This will also require significant future negotiation to define its scope and role in the wider climate action effort.