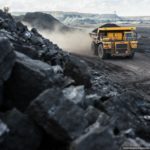 After the victory for Poland’s Law and Justice Party in the country’s recent elections, the position the country takes on the European Union Emissions Trading System (EU ETS) is likely to be one of even more defiant opposition. However, the EU ETS generates significant financial revenues for Poland.  The billions of euros that the country is set to receive from the EU ETS can help the transition to a just climate friendly society in Poland, whose unprofitable coal mining sector represents an increasing burden on its finances.

Clearly, coal mining in Poland can survive neither as a competitive extractive industry nor as an environmentally sound energy source, making a transition towards a renewable-based energy mix all the more pressing. The coal industry however employs thousands of workers in Poland and many miners are at risk of unemployment as the industry restructures in the face of so many problems.

What Poland requires is a just transition to a climate friendly economy including large-scale investment in renewable energy and the deep renovation of its building stock, which will create new green jobs, reduce energy poverty and improve the air quality. The EU ETS has the potential to provide funding for this transition so that it is fair and assists workers to upgrade their skills in the move from high-carbon to low-carbon industries.

The recent legislative proposal to revise the EU ETS includes several options to generate financing for Poland’s energy transition, including the creation of the Modernisation Fund, which receives 2% of the total EU ETS allowances to address the particularly high energy investments needs in low-income Member States. The modernisation fund would generate roughly €3 billion for Poland. If designed well, the fund can help reduce the Polish reliance on coal by supporting projects that increase the share of renewable energy or lead to a more efficient use of energy.

Additionally, Poland will be able to generate significantly more auctioning revenues than was previously the case, adding up to over €20 billion in the 2021-2030 period. This support from the EU ETS can be used to get families out of energy poverty through energy efficiency measures, to retrain workers and promote skill formation, and to modernise the Polish energy system into a more sustainable one.

It is in Poland’s interest to remain part of the EU’s climate policies as a strong and inclusive EU ETS can provide the investment necessary for Poland to make a just transition towards a low-carbon economy. It needn’t be a choice between the environment and the economy, and, in Poland’s case, support for the EU ETS corresponds to support for its economy – the political will must now match this potential to build a greener future for Poland and Europe.